This Woolco store originally opened in 1973, as one of three Woolco store to have been built around the Orlando area. This Woolco closed with the rest of the chain in 1982. In the years after Woolco closed, the building was subdivided into four spaces, currently housing an Aldi, dd's Discounts, Shoe Land, and Ross Dress for Less.

Located across the street from this abandoned Kmart and this former Albertsons we find one of the Orlando area's three former Woolco stores. This former Woolco is pretty famous in the area, purely for the fact that the access road leading to this building is still named Woolco Way to this day (a neat little tribute to this building's past still lurking around). The photo you see above was my best attempt to capture the entire former Woolco building in one picture. Woolco's entrance was located between where Ross and dd's are now. No traces of Woolco exist on the exterior building anymore, as would be expected after such through remodeling and subdivisions. 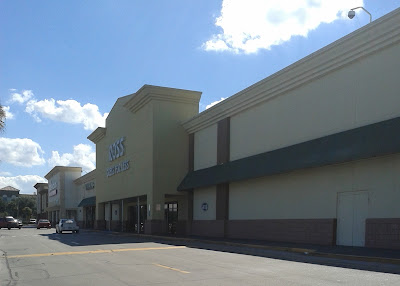 Here's another view of the exterior of the former Woolco building, taken a bit closer to the building itself. 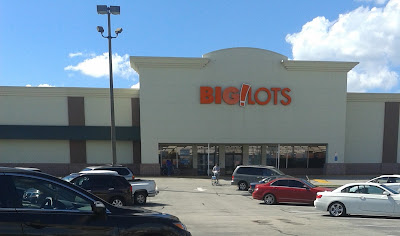 Anyway, the focus of this post will not be on the Woolco building itself, but of the Big Lots in the former A&P that was attached to it. Considering how the Woolco has been divided into multiple storefronts in the years since it closed, I figured the Big Lots would be the most likely space to where I'd find some traces of this plaza's past. Originally thinking the Big Lots was part of the Woolco too, I later discovered this space was actually an A&P. There really wasn't a heck of a lot of anything in the Big Lots store from A&P either, but we'll use this post to take a quick look around this rather tiny Big Lots store. 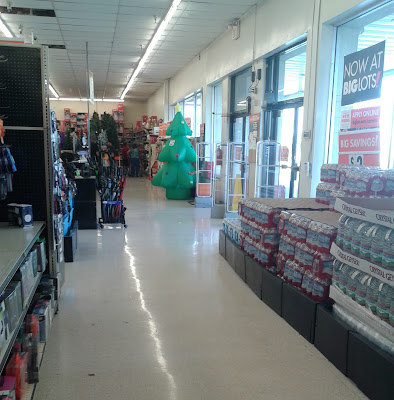 Heading inside Big Lots, this is a look across the front of the store. The few remnants of any potential previous tenant I saw in here were confined to the floor, as we will see throughout this short post. Otherwise, this place feels more like an older Big Lots than anything else. 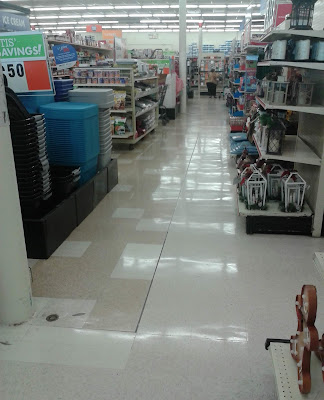 The main aisle that runs down the right side of the store is pictured here. I took this photo from the seasonal department (which was located in the front right corner), looking toward the back of the store. If you look at the floor, you can see some random brown tiles that look to have come from a previous tenant (if not A&P, whatever else was in here prior to Big Lots). In some of my other photos from here, we'll see more of those random brown tiles. 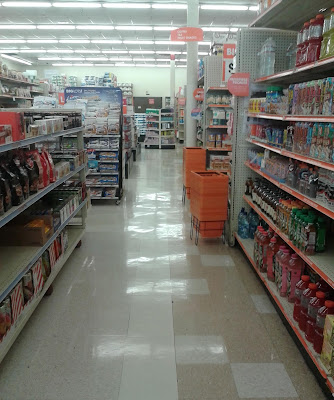 The main center aisle of the store, which ran alongside the edge of the food department. As Devin Blackwood commented, "A floor that would make Kmart jealous! Someone call Eddie and let him know his stores CAN sink lower ;)" At least I only saw three different colors of tile here. I've seen as many as 6+ different colors and styles of tile on the floor at some Kmarts! 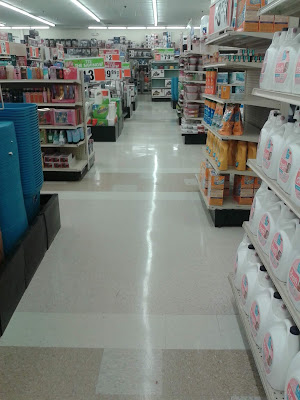 Looking toward the left side of the store from the main back aisle in this image. 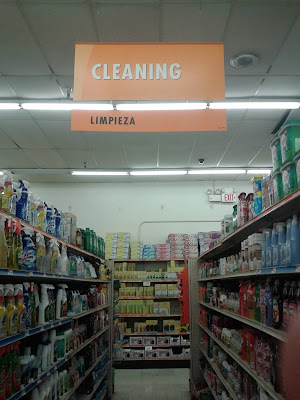 Signage for the cleaning department, which was located in the back of the store. 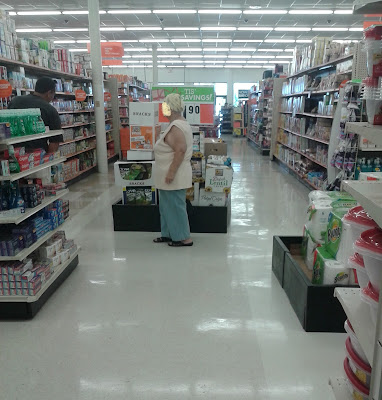 The main left side aisle, looking toward the front of the store. 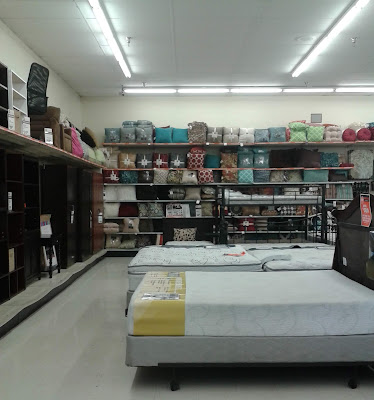 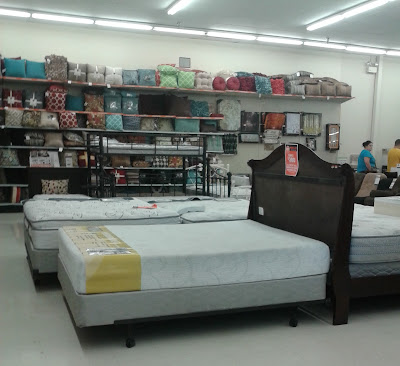 Another view of the cramped furniture department, showing some of the beds that were crammed together in the limited space available. 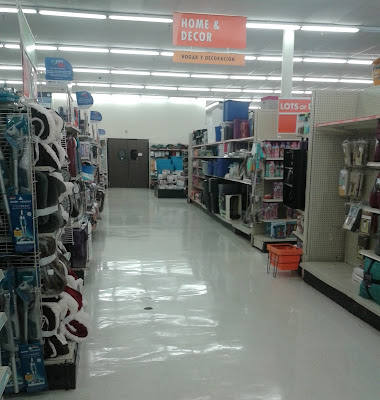 The main left side aisle beyond the furniture department here, looking toward the back of the store. This section of the store is home to housewares. 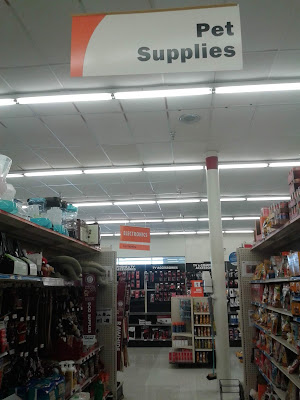 Here's an interesting find - an old Pet department sign! This sign dates from the early 2000's, not long after the current Big Lots logo with the exclamation point made its debut. In the late 2000's, Big Lots upgraded just about every one of their stores to the more common orange signage (like the Electronics sign in the background of this picture), removing every trace of any of their old sign packages that remained until that point, except this sign apparently! As Jeff commented, "That Pets sign looks like it would belong better in Home Depot." I can see that. The color schemes are very similar. 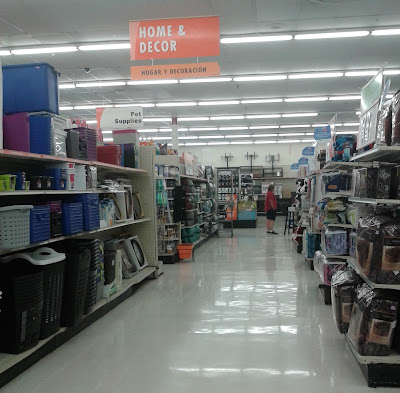 To conclude our short tour of this store, here is one final look at the main left side aisle, looking toward the front of the store and the furniture department.

Unwilling to accept that Big Lots has moved away from closeouts and, even worse, that their new slogan is "Serve Big. Save Lots," until next time,

AFB (although Retail Retell also shares those same sentiments in the sentence above)
Posted by Albertsons Florida Blog at 1:20 PM