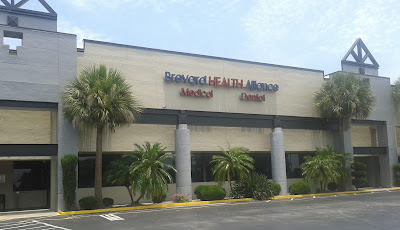 This Publix originally opened as a Wing Store in 1962. Publix renovated this building to its current look during a massive renovation to the plaza in 1988. Publix closed this store outright in 1999, claiming this building had outlived its useful days as a grocery store. No replacement store was built nearby, making this one of the rare occasions where Publix closed a store without replacement (making Publix #202 at Lake Washington Crossings, 3 miles to the north, the closest operational Publix to this former location). This former Publix has since become an office for the Brevard Health Alliance. Around 2003, the store #97 was recycled for a newly opened Publix near the Eagle Ridge Mall in Lake Wales.

While the classic Wing Store look was wiped away in that 1988 renovation, the 1988 exterior still looks pretty cool. Even after the medical offices that now occupy this space gutted the interior to suit their own needs, the exterior of this store is pretty much all original to Publix. 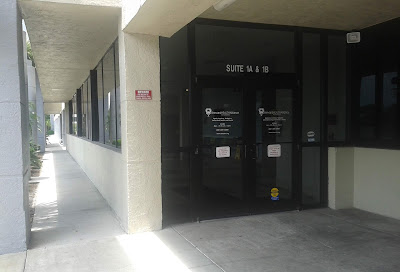 Moving up to the front walked, here we see the right side entrance into what would have been Publix's entry vestibule. This vestibule would have been added during the 1988 remodel, as these older Publix stores would have had a front facing entryway set up similar to this. Having these vestibules added on was common practice during Publix's remodels of older stores in the 1980's. 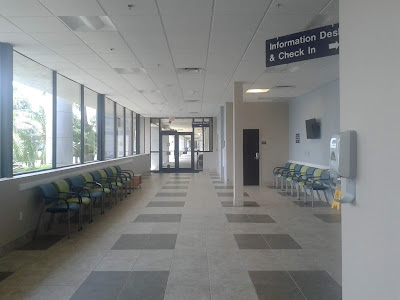 Peeking through those doors on the right side of the vestibule, we now find the waiting room for the Brevard Health Alliance. There's absolutely no trace of Publix left inside here, as would be expected after a conversion into medical offices. Just a note, these photos were taken on a Sunday when the Brevard Health Alliance was closed. As andsome96 commented, "Even though the entrance has the same layout it had during the Publix days, they did a great job of renovating the interior. Had I not seen the exterior pic, I would've never known that this was a Publix." Yes, Brevard Health Alliance did do a good job at removing the supermarket feel from the inside. However, I'm sure if you lifted up one of those tiles, you'd see the old striped terrazzo floors from Publix remain. 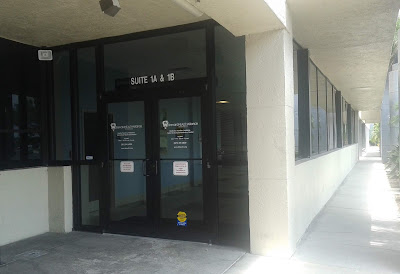 The left side entry into the former Publix. As andsome96 said, "The expansion of this store reminds me of the one the store in Gainesville's West Gate Shopping Center [Store #125] got in the late 80s-early 90s. A 60s store with an 80s layout."

A somewhat panoramic photo of the Publix, which is mostly to the left in this picture. That space from the right edge of the Publix storefront to where the 'Pizzeria' sign is was originally an Eckerd. The Eckerd would later become home to SupeRx Drugs #160, and later a short lived Rite Aid during their ill-fated few years in Florida during the late 80's and early 90's. Currently that space is some kind of mom and pop pharmacy and medical supply store. Back when Publix was still open here, this plaza featured other tenants such as  Movie Gallery, Dollar General, Radio Shack, McCrory's, and a Cobb 2 Screen Cinema, among other small stores. After Publix left, all of these stores either closed or relocated, and this plaza has since transitioned into a home for mostly offices and a few restaurants. This is a busy area, so I'm surprised Publix decided to let this store go when they did.

Anyway, that's all I have for now. Until the next post,