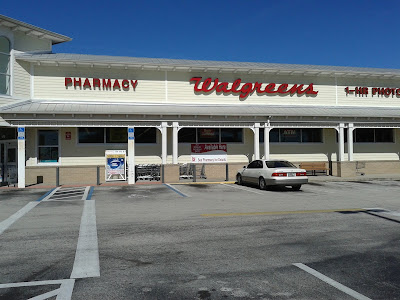 This Walgreens opened in 2005, replacing store #2343 across the street in the Palm Bay West Shopping Center, which opened with the plaza in 1989.

This is a fairly average Walgreens, built in the style of many in Florida throughout the early 2000's as Walgreens went on a store building binge here. While considered the Minton and Malabar store, this Walgreens is actually located a little bit west of the main corner of Minton and Malabar at the corner of Malabar and the main entrance into the Palm Bay West Shopping Center. You can see how the Walgreens is positioned in accordance with the main intersection here. I guess Walgreens was unsuccessful at buying out those trailers on the main corner itself, which is where they probably would have much rather put this store. Whoever owns those trailers on the main corner must be holding out for a lot of money, as that property is a prime location for someone to put a commercial building on! 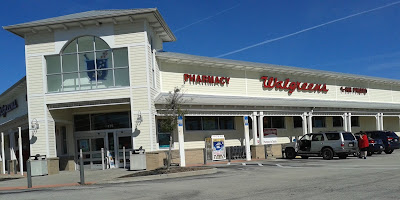 View from the front corner of the store, where the entrance is. As Houston Retail commented, "Love this, it looks like it's from The Truman Show." 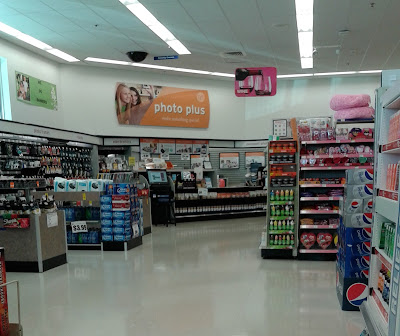 After walking in the front door and going past the registers a bit, this is what we see. As usual, the photo counter is situated in the corner behind the registers. Also to note, in the last two years or so, Walgreens did a remodel sweep throughout this area, wiping away just about every trace of the decor you see in here for their current one. 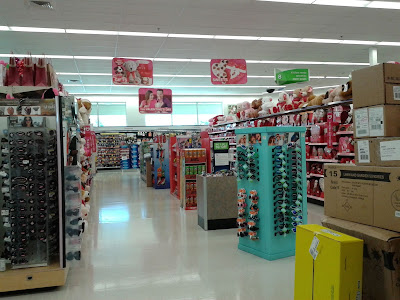 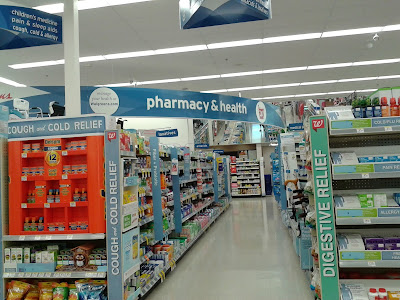 Looking down aisle 8 toward the pharmacy. 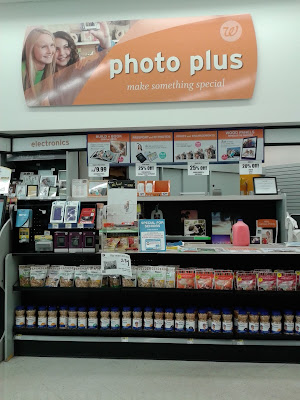 A close-up of the photo counter. 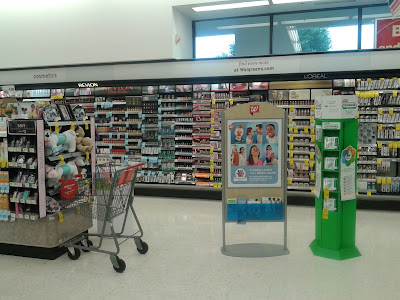 To wrap up this post - something's not quite right at Walgreens... Even though I took this photo at a different Walgreens than the one we saw in the few photos prior, I figured this would be a good place to stuff this photo in. Do you see something slightly ironic in this picture?

AFB
Posted by Albertsons Florida Blog at 11:55 AM