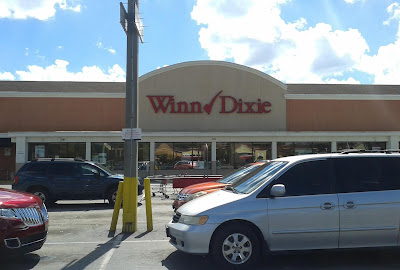 This building was originally constructed as a Centennial Model A&P back in 1963. Centennial A&P stores were fairly rare in Florida, as A&P instead chose to build more rectangular style stores with a tall pylon sign in Florida during that time. A&P slowly retreated from Florida in the late 70's and early 80's, and it was around that time when Winn-Dixie took over this building and expanded it a tiny bit. Overall, this is by far the tiniest Winn-Dixie I've ever been to, and probably one of the smallest still in operation. Besides the usual minimal updating Winn-Dixie has done over the years, in July 2018 this store was remodeled to the new red "Down Down" interior. The photos in this post were taken prior to that remodel, although I do want to revisit this store again just to see how overbearing all that red looks in this tiny Winn-Dixie!

This is the Lake Terrace neighborhood Winn-Dixie, a neighborhood located east of Downtown Orlando and north of the Conway neighborhood. Outside of its size, this store is also unique given its past as a Centennial A&P, which were rare in Florida to begin with. Even though most of the unique Centennial features have been removed from this building over the years, a portion of the Centennial roofline still exists behind the new facade, which we'll get a better look at in the coming photos. 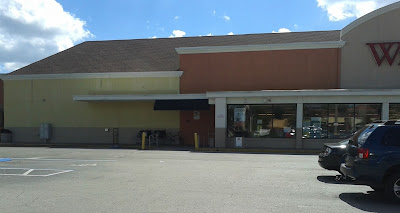 Looking toward the left side of the building, we can see some of the original Centennial roofline peeking out from behind the new facade Winn-Dixie added. Winn-Dixie also added a new vestibule in the center of the building when they took over this place, which you can see part of in this photo. 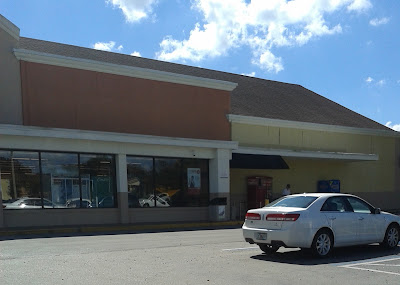 Here's a peek at the original A&P roofline on the right side of the building. 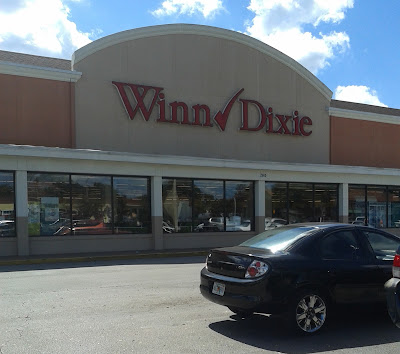 Don't let the updated logo fool you. While Winn-Dixie put a decent amount of money into fixing up the exterior of this store around 2008, they did nothing inside at that time. This store had its original 70's/80's logo gracing the exterior up until that time. 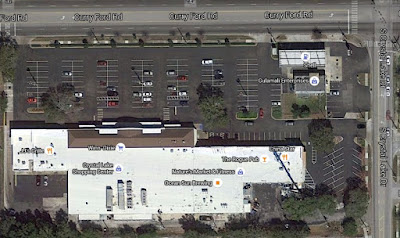 To get the full effect of just how small this store is, we need to look down at this place from above. This satellite image does a good job conveying just how small this store is, as well as making the A&P Centennial roofline that much easier to stop. I got this screengrab from Google Maps, showcasing the entirety of the Crystal Lake Plaza. As l_dawg2000 commented, "Looks like it was fairly large for an old Centennial store." This Winn-Dixie looks big due to the small addition Winn-Dixie added on before they opened in this building. That addition was added to the the left side of the building as viewed in this image. 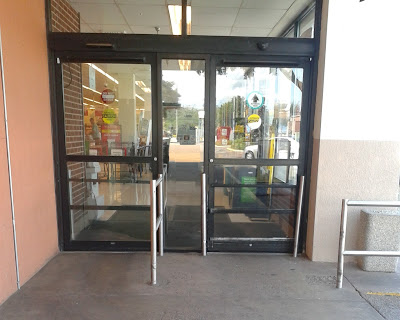 Let's head inside and see what we have going on in there... 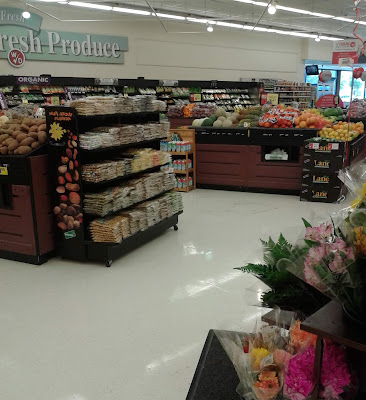 I will preface these interior photos by saying there isn't anything from the A&P left in here. Once you go inside, this store feels just like any other 70's or 80's Winn-Dixie, just a bit more compact. Walking inside and going into the front right corner of the store, you enter the produce department, which lies in front of the grocery aisles. 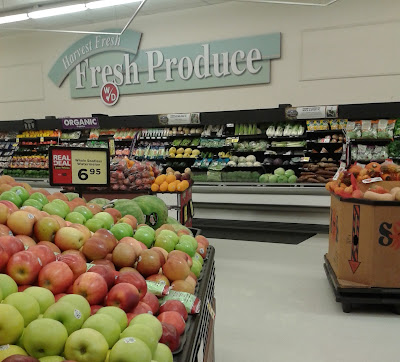 Here is a close-up of the produce department sign. This store had what I call the "Purple/Maroon" decor from some time in the early 2000's until 2018, when it was remodeled to the new red "Down Down" interior. The Purple/Maroon decor we'll be seeing in these photos debuted after Winn-Dixie retired their longtime Marketplace interior around 2000. This decor was primarily used as a quick and cheap way to update the many small, older stores Winn-Dixie hadn't gotten around to remodeling into Marketplaces. 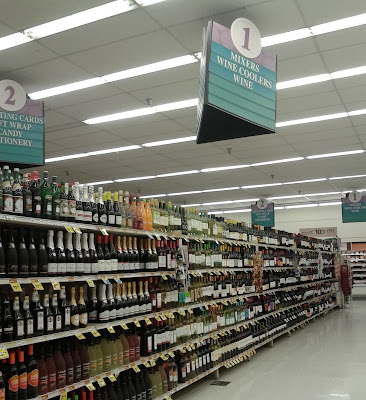 Behind the produce department we find aisle 1, home to the wine and beer. One thing I noticed in this store is that someone didn't cut the strings which hold up the aisle signs evenly. Most of the aisle signs in this store hang at weird angles because of that, like the one you see for aisle 1 above. I have a photo coming up later in this post that shows this effect much better. At some point after I took these pictures, someone must have really begun to be bugged by these crooked aisle signs. These Purple/Maroon decor tri-siders were replaced sometime around 2016 with a flat variant of the Transformational decor aisle signs, which can be seen here. As YonWooRetail2 commented, "That may be a really old and small Winn-Dixie, but at least it looks really clean! Like you were saying that interior hasn't been touched in a while. Those walls look pretty bland too." 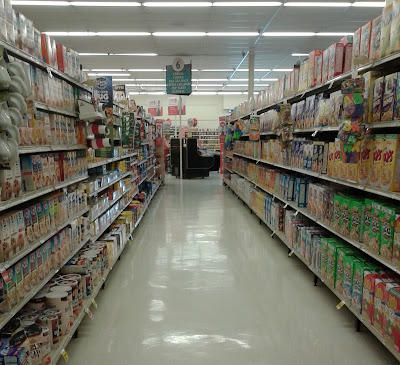 For perspective: I took this photo from the back end of aisle 6. While this store has a little bit of width to it, it's not deep at all, making for these short grocery aisles. 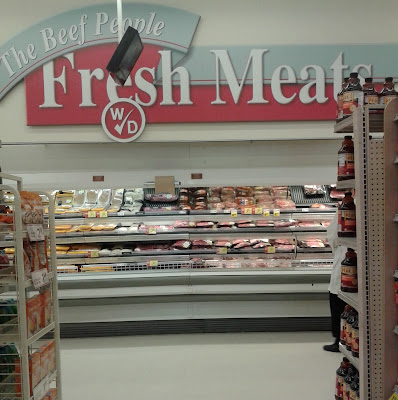 The meat department is located along the back wall of the store. This is a slightly cluttered view of the sign for the Meat Department. 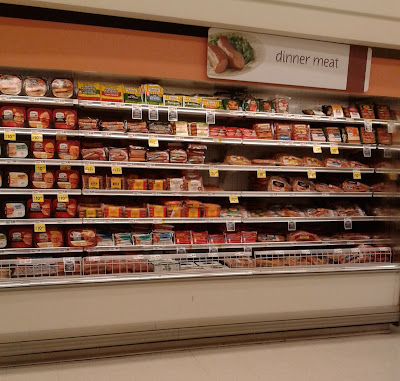 As with most older Winn-Dixie stores, the only somewhat updated signage this store was received was for the prepackaged deli meats. 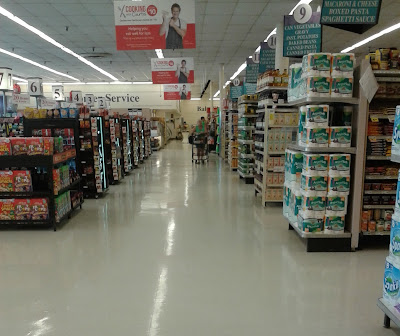 Looking across the front end of the store, from produce toward the combined deli/bakery space off in the background. 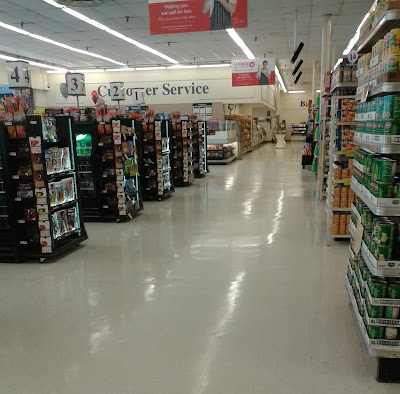 Another look across the front end. From here you can better see the customer service counter and the tiny deli/bakery behind that. 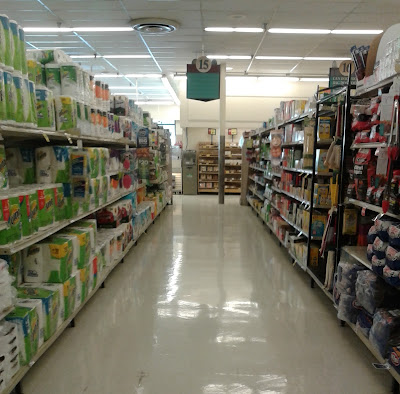 Looking up aisle 15 from the back of the store. As you have seen, this store has very little depth. 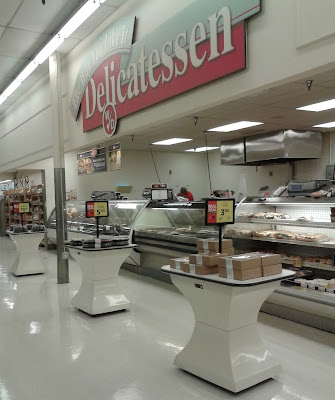 This is the entirety of the deli and bakery departments at this tiny store. While the deli has a reasonably sized full service counter, the bakery was limited to prepackaged goods displayed on those tables in front of the deli, and some breads on those wooden shelves to the left of the deli counter. As YonWooRetail2 commented, "Those are some interesting looking table displays. They look like something you would see on the Starship Enterprise." Those tables are a staple of these old Winn-Dixie stores! 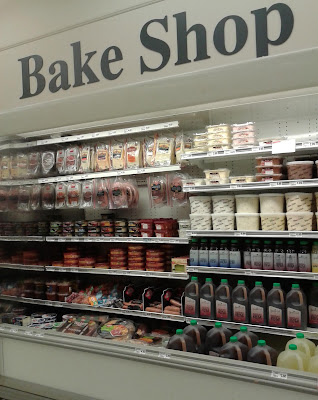 Freshly baked iced tea and potato salad! Yum! The signage for the Bake Shop now lies over this case of prepackaged deli goods in the front left corner of the store. What this store lacks in baked goods they make up for with their rather extensive deli selection. As J. Mc. commented, "You can tell it's in the south with all that iced tea! Around here at a well stocked supermarket you might find a line or two of half gallons or gallons of refrigerated sweet tea like this with the juices. Many stores however only stock a small amount of the national brands (Pure LeaF, Gold)." 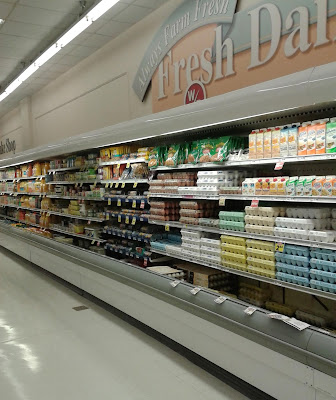 Looking back toward the "Bake Shop" from further down the store's last aisle. 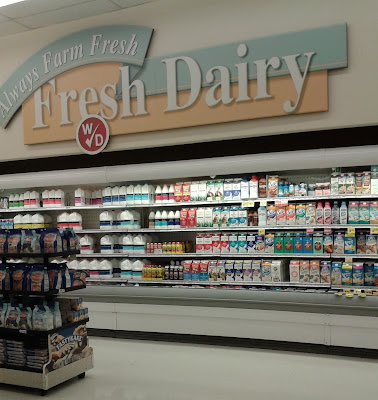 The sign for the Dairy department, which is located in the back left corner of the store. 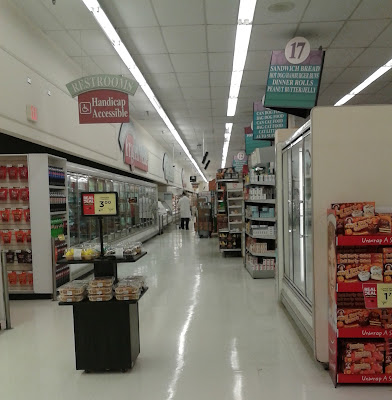 Here's an overview of the back wall of this store as seen from the back left corner near dairy. Even with 18 aisles, this store isn't very big! In this photo, you can see more of those crooked aisle signs I mentioned before much better (the aisle 17 being especially crooked!). As Retail Retell commented about the crooked signs, "Yikes!" vintagefans also left some additional insight about this store here, "Interesting that the department signage has more of a gray than purple look here. It looks like the floor tiles were updated at some point, as most stores with this decor have the original colored tile. The coolers as well as the cases in the deli picture look recent, also, most purple maroon remodels didn't get new cases, but I have seen a rare few with newer cases and tiles." There were a few color variants to this decor, however the Purple/Maroon one was the most common. I actually didn't think much of the newer tiles or cases while I was here, but that's a good point vintagefans made - that's unusual to see with this remodel. This must have been one of the lucky few stores to get a more deluxe remodel. 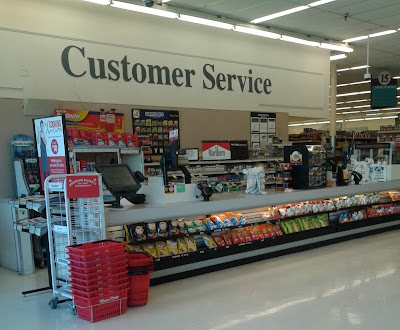 A close-up of the customer service desk. Typically I never get a good, close photo of the service desk with all the employees hanging around here. The one employee at the counter this day happened to step into the room behind the desk momentarily, allowing me to get this picture. 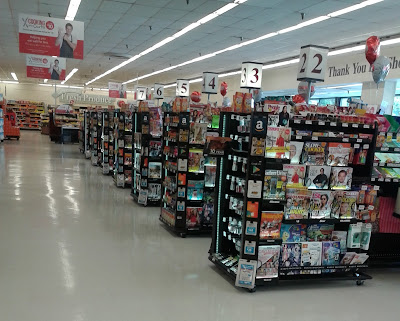 One final look across the front end, back toward produce, as we prepare to leave. 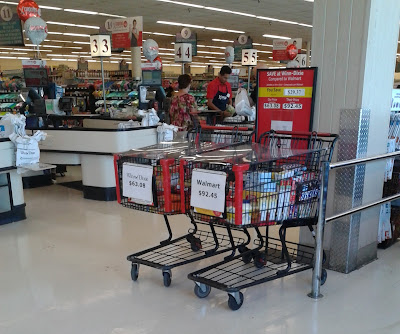 In front of the registers were these two carts, displaying a comparison shop between Winn-Dixie and Walmart. This display was in response to Walmart’s local price comparison ads at the time against Winn-Dixie (who Walmart switched to comparing to after targeting Publix for a while). Publix began their own price comparison campaign back against Walmart after Walmart’s ads first began airing, so I don’t know if Walmart felt Winn-Dixie would be a less vocal target, or if Walmart just wanted to show off against every other grocery store in the area. As Retail Retell commented, "Creative way to do this! Certainly more eye-catching than just signs over the products themselves..." 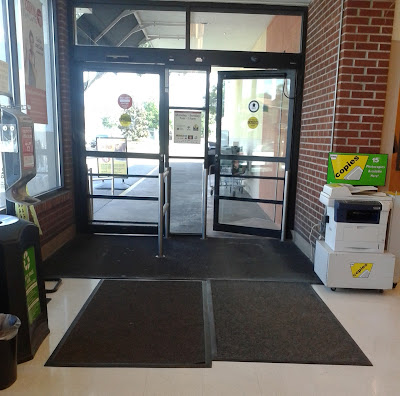 So that about wraps up our look around this itsy bitsy Winn-Dixie. The exit lies straight ahead… 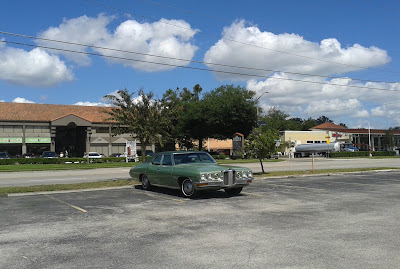 In addition to the classic Winn-Dixie behind me, I saw this classic car parked in front of the store as I was leaving. I don’t remember what type of car this was, but I think I see a Pontiac emblem on the front when I zoom in. UPDATE: Thanks to B-More Retail for informing us that it's a 1970 Pontiac Bonneville! Too bad the car wasn’t parked in a way where I could capture it like this.

Anyway, that’s all I have right now from the itsy bitsy Winn-Dixie. Now that I probably have that song stuck in you head for the rest of the day, all I can say is until the next post,

AFB
Posted by Albertsons Florida Blog at 10:09 AM