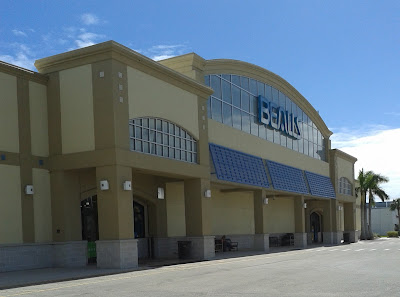 Jammin' out to some Redlight King -- wait, I think I've started a paragraph like this before. Anywho... In the last My Florida Retail post, we took a look at the Publix store in Indian Harbour Place. Now, in this post, we'll be taking a look at the shopping center's other anchor, Bealls Department Store. I'm pretty sure Bealls was an original tenant to this plaza when it was built in 1983, although they have updated their building since then.

Bealls Florida is a department store chain that operates over 70 department stores throughout Florida, along with operating over 400 Bealls Outlet and Burkes Outlet stores in the Southeast and Southwest US. Bealls Florida shares no relation to the Bealls store owned by Stage. Bealls Department stores carry the typical department store fare (clothing, shoes, home items), however what makes Bealls different from the others is that they carry merchandise unique to the "Florida lifestyle" - meaning a large focus on casual wear, athletic and golfing clothes, and beachy home items among other things. If you want to buy a heavy winter coat, Bealls is probably not a good option for finding that! 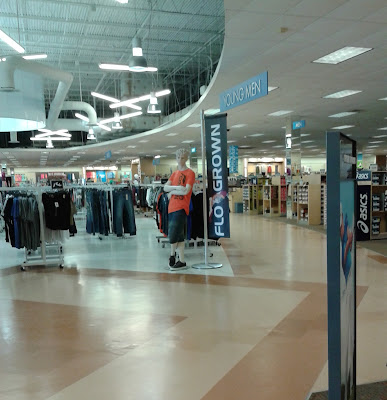 Upon first entering the store, you find the Young Men's and Junior's clothing located between the two sets of entrances, with shoes directly in front of you. Most Bealls stores use the combined drop ceiling/open ceiling effect, which you can see in this photo. This store only had the open ceiling over the Young Men's/Junior's departments, although some Bealls stores also have open ceilings and even skylights over some other departments. This effect also makes for one classy Roses' Discount Store as well! As l_dawg2000 commented, "This is one nice looking store, inside and out!" 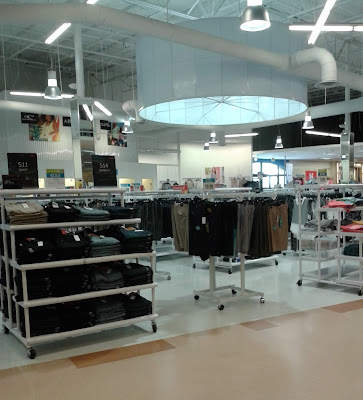 Looking into the Young Men's/Junior's departments, which had that large cylindrical light fixture over it (which looks a lot like a floating lampshade to me). 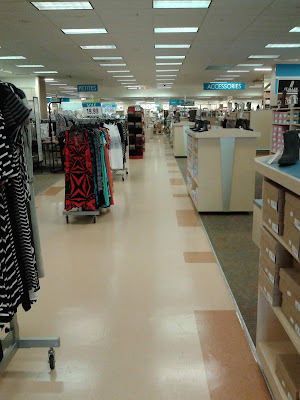 Moving away from the front of the store, this photo is looking toward the back of the store from a center aisle. This aisle passes along the edge of Women's clothing and shoes. 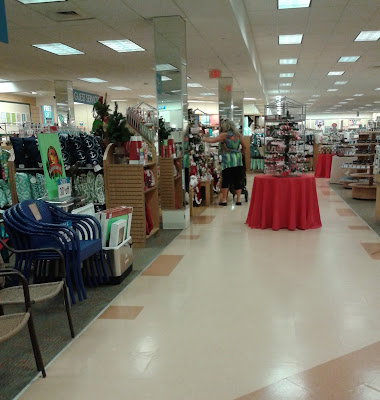 Moving into the back of the store now. This is looking down the main back aisle into the home and housewares departments. 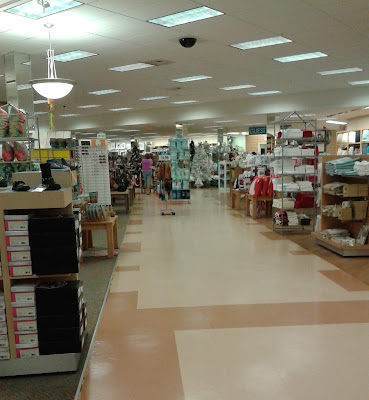 Another photo of the main back aisle in the home and housewares departments. There is also a small seasonal section back here as well, which you can see in the background of this photo where the Christmas trees are. 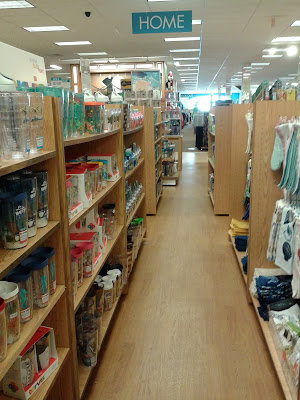 Moving away from the main aisle and into one of the smaller aisles within the home department. Here you can see the "HOME" department sign clearly. 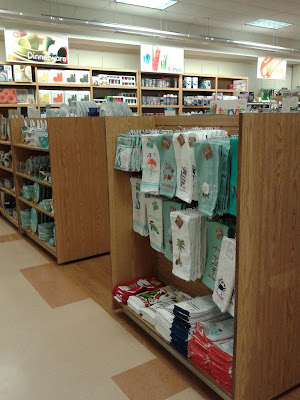 Looking toward the back wall in the home department here, where the dishes and dinnerware sets were located. You can also see some examples of Bealls' "Florida lifestyle" theme expressed on that shelf of hand towels in the foreground, as there's nothing like a pink flamingo with a Santa hat and and some palm trees to express the true meaning of Florida! 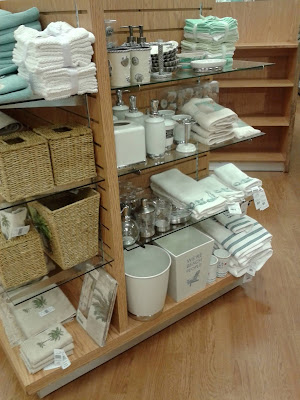 Another example of "Florida lifestyle" merchandise from the home department, expressed in palm tree and seashell themed bath accessories. As styertowne commented, "I love the wicker tissue holder!! This is definitely where Rose from the Golden Girls shopped!" All that's missing are some flowery pastel towels to go with it! 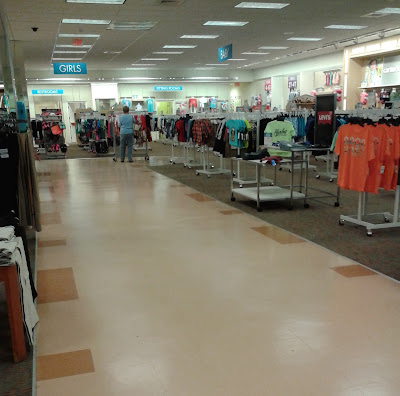 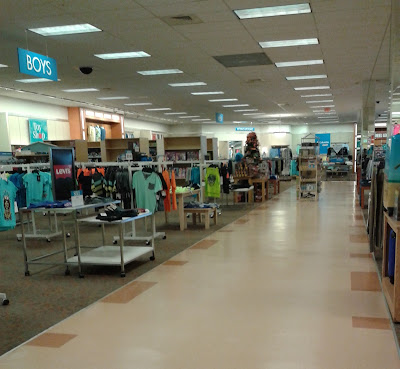 Continuing further along the right side wall (going closer to the front of the store) is the Boy's clothing department. Just beyond that was a small toy section set up for the Christmas season, as well as a small corner for overflow from the Men's department. 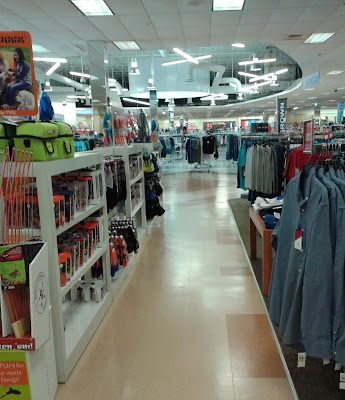 Looking across the front of the store, toward the open ceiling section of the building. This photo does the best job at showing the contrast between the two sections of the store. As styertowne commented, "I really like this ceiling effect. At least it's not the same-old, same-old homogenized stuff you could see anywhere. Kudos to Bealls for doing something different!" 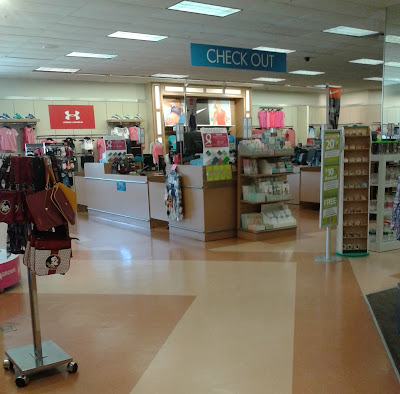 With this photo we will conclude our short tour of the Bealls Department Store in Indian Harbour Beach. This will also wrap up our coverage of the Indian Harbour Place shopping center, where previously we looked at the plaza's other anchor, Publix.

Happy that I beat my self-imposed challenge of copying these descriptions over before my Theory of a Deadman song finished playing, and now preparing to enjoy a OneRepublic song, until the next post,

Retail Retell (who, in order to embrace his honorary Floridian status, just placed an order for some of those pink flamingo hand towels and seashell soap dispensers as part of his Spring redecorating)
Posted by Retail Retell at 11:40 PM