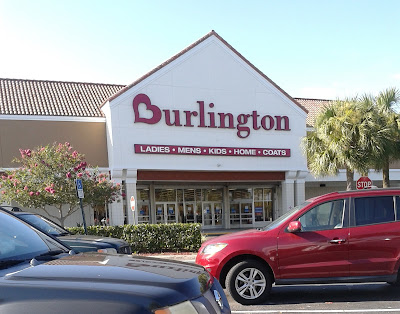 Kmart opened here in 1993 as one of the first retail establishments in the then new St. Lucie West development, along with the Publix in the same plaza. This was one of the stores converted to the Sears Essentials name in 2005. This Sears Essentials lasted until April 2012, when the last of the remaining Sears Essentials stores were either closed or converted back to Kmart stores. This store sat vacant until October 2013, when Burlington Coat Factory moved into the right half of the former Kmart where the main entrance was, and LA Fitness tore down the other half of the former Kmart building for a new gym.

This was a fairly typical 90's Kmart store. The exterior of the Burlington Coat Factory (or just Burlington now, but it just seems weird to me saying that without the 'Coat Factory' part after!) half of the building is still original from the Kmart days. I didn't get any pictures of the LA Fitness part of the building since it wasn't original from Kmart in any way anymore, and there were too many trees in this parking lot for a good view of it! If you really want to see what this place looks like from the LA Fitness side of the building, here's a link to a Google Streetview taken from that side of the building. It's kind of strange seeing half of the old Kmart building chopped away like that, and from above it looks just as weird! 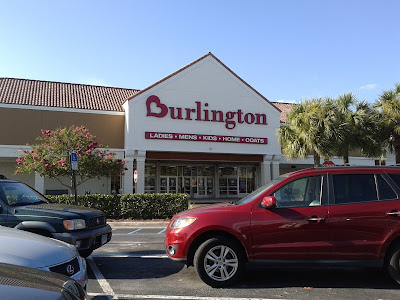 There were so many trees in this parking lot, it took me a while to find a spot where I could get an unobstructed view of the front of this place! Although that red SUV is somewhat in the way in this spot, at least you can still see most of the front of the building. 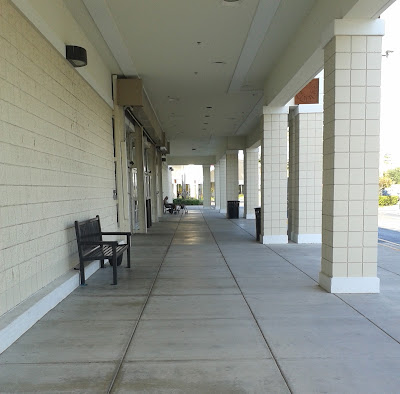 Moving up to the front walkway, here's a look toward the front entrance of this store. Everything up here still looks and feels just like it did when Kmart was still here. 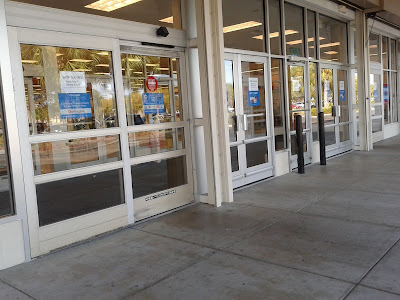 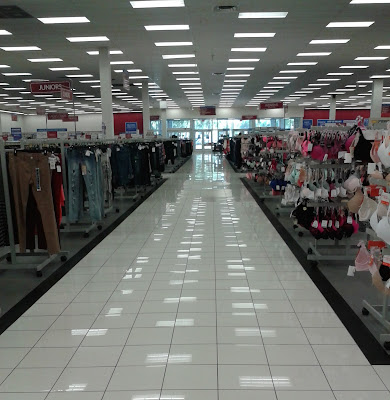 Inside, not much remains from Kmart. Considering half the building was torn down, I figured Burlington must have done a bit of work in here to get this place ready for business. The old photo lab and KCafe areas in the front right corner of the building were removed to make room for more sales space, and the floors and lighting were redone. This is looking up Burlington's main aisle back toward the entrance. 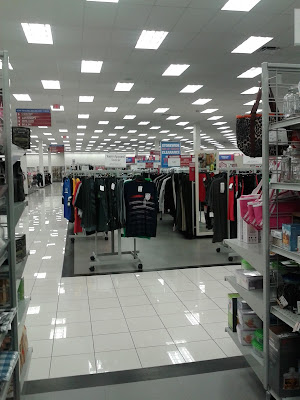 One last interior view, looking toward the left side of the building where Kmart's clothing departments were located. Some of the older Burlington stores kept more original features when they took over these old Kmart buildings, but with the way this place was remodeled with the left half of the building being demolished, it just wasn't meant to be here.

That's all for this post. Until the next time,