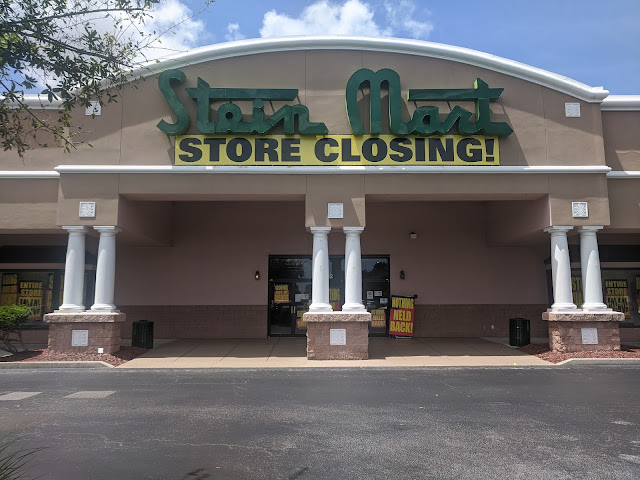 Stein Mart always seemed like a chain out of time. Not in the sense of *running out of* time, though that did happen in the end, but in the sense they seemed outside of time. A department store, largely regional, in an age extremely unkind to both.
Of course, this also means the writing was on the wall for Stein Mart for many years. They suffered some of the same issues that New York & Company (aka Lerner) suffered: they had a stereotype as an old lady brand. Young people didn't go to Stein Mart, and unfortunately the younger demographic is the one that tends to keep retailers afloat. 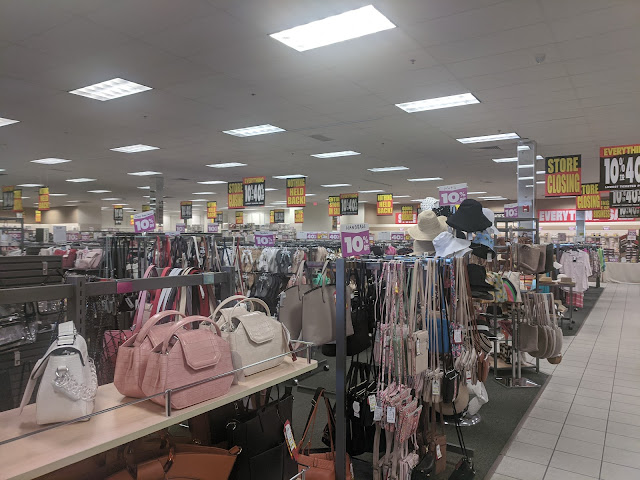 Reflective of it's location, Viera's Stein Mart is a relatively new build; opening shortly after the rest of the Post Commons Shopping Center in early 2001. 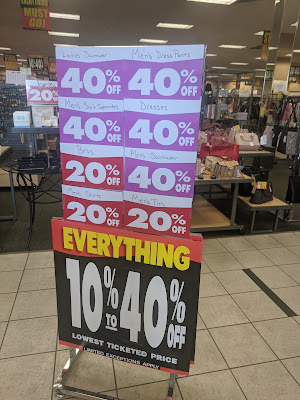 I visited fairly early in the liquidation, so stock was high and discounts low. Though with some stores, discounts don't end up straying much farther from this... 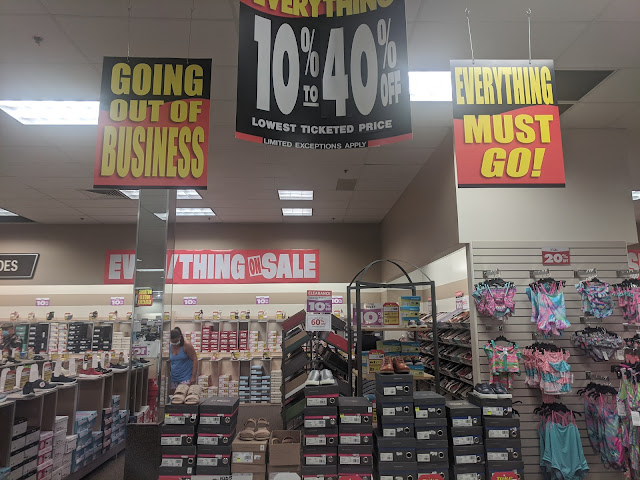 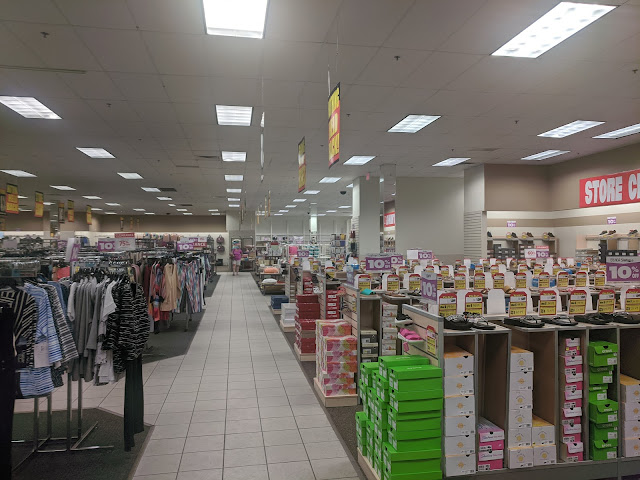 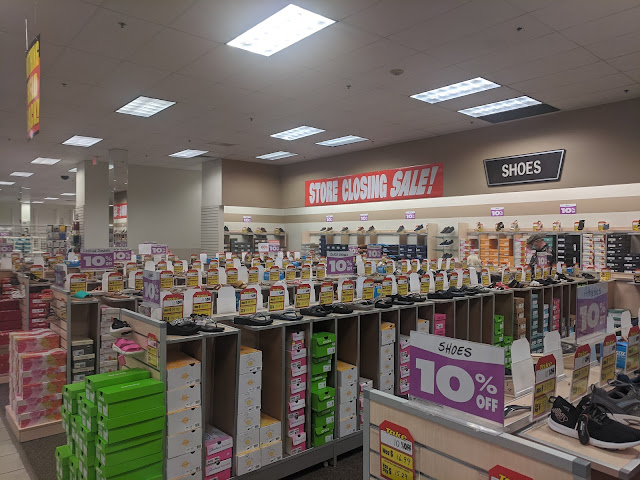 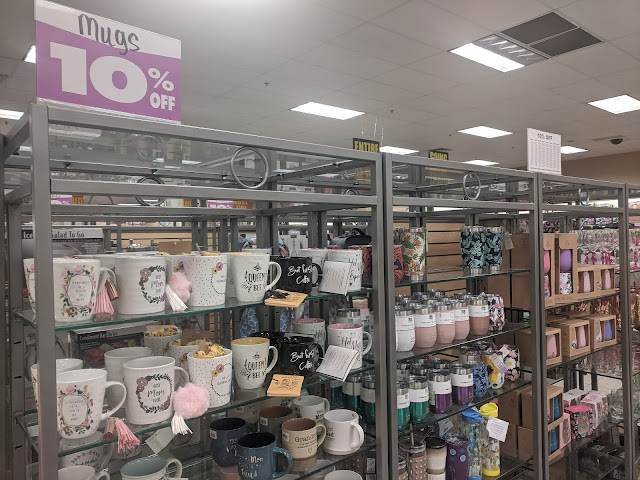 Some general shots of the merchandise, still very well stocked at this time. It's easy to see how this store got it's reputation- I'm no fashion guru, but not much of this looks like current fashions. And the mugs and other stuff next to it screams Bath & Body Works and Pier 1 rejects. 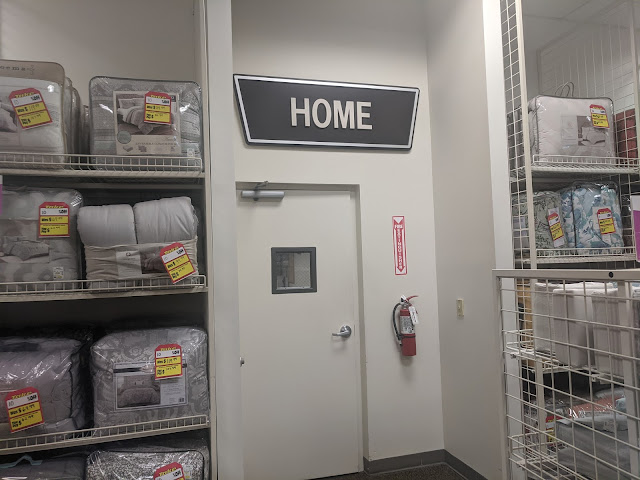 This "HOME" sign caught my eye, since it's weirdly out of the way, tucked in an alcove over a non-customer use door. 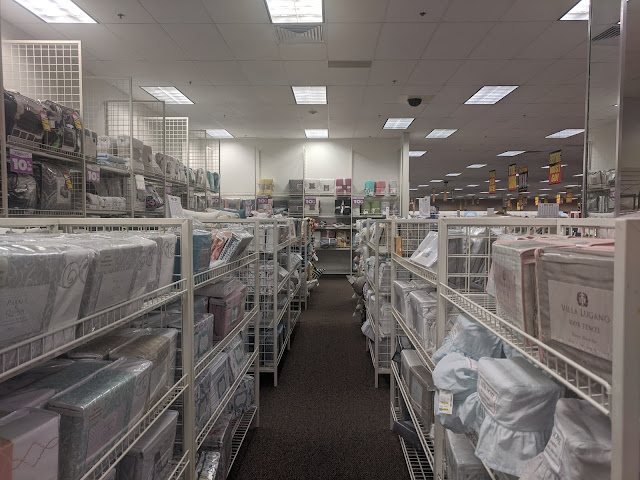 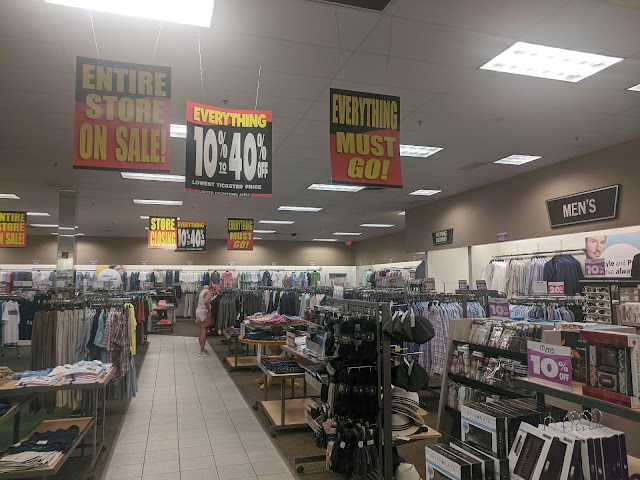 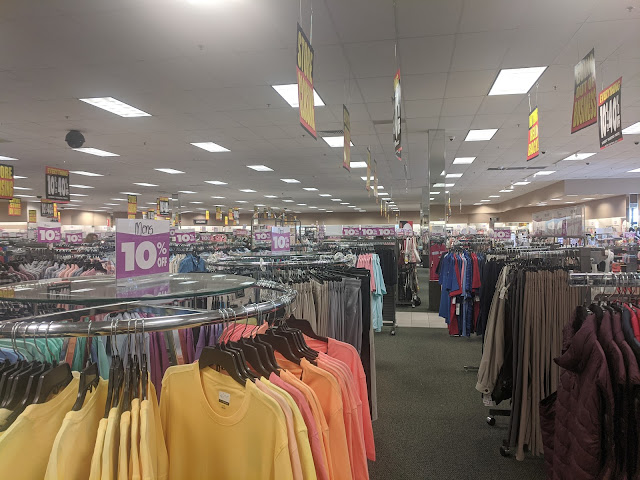 With paltry 10% discounts on most merchandise, it's unsurprising that not much has moved. I'm not sure how deep the discounts got towards the end though, as I was never able to make it back for a second photo set. 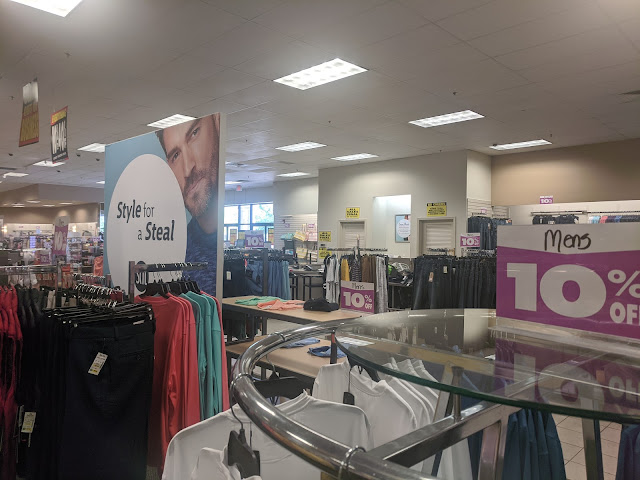 10% off typical prices is a steal... for the seller, anyways. I'd imagine most of this was more than 10% off when the store was fully open, knowing the sales that they're known for. 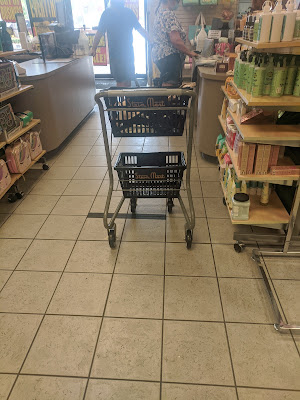 I'll end this post with a photo I took of this store's odd "cart" setup. Much like similar shopping center department stores like Kohl's, this Stein Mart didn't really have traditional shopping carts, opting instead for these sort of "frames" you can drop baskets into. It's a bit of an odd set up for a clothing store, and I think it's more fitting for low-volume space-cramped places like a convenience store, small grocery store, etc. Not a big box like this.