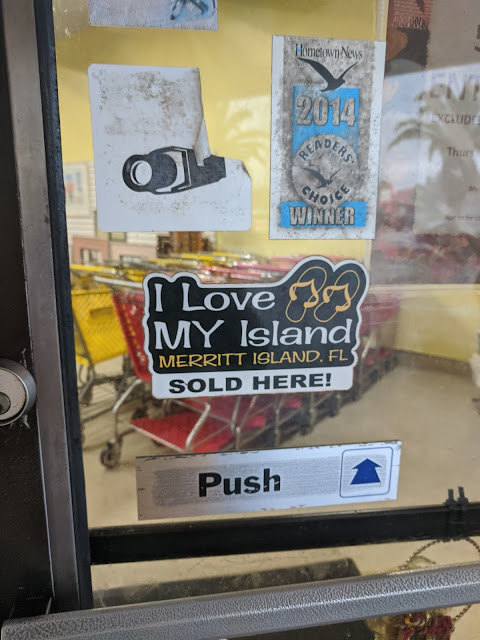 I Love My Island is an organization in Merritt Island that does all sorts of great things- it provides for seniors, it organizes youth activities, and helps with crisis relief. And finally, and most interesting to us, is they run a thrift store!
This particular thrift store is located at 245 Crockett Blvd, inside a shopping center called Merritt Crossings. Eckerd would open here on November 9th, 1983, likely alongside the Publix that then anchored the center. It would follow the standard trajectory for Eckerd stores of it's age- that is, to last until the late 90s when it was replaced by a freestanding store nearby.
The closest freestanding store in this case would be a pretty early build in 1996, across Crockett Blvd in the parking lot of a Target. The location disappears from newspaper ads by 1993, so it makes sense that the store closed in 1996 if not earlier.

Goodwill would move in come early 1999, after renovating the space the previous year. I don't have a definite date for when they closed, but they're last mentioned at that spot in 2010, and honestly, for Goodwill in this area, that's a long time to stick to one space. I Love My Island shows up by 2015, and so it's likely they opened not long after the organization was founded in 2014.
I don't have a photo of the exterior- but it's not awful much to miss. The facade is simple and themed to fit the plaza, and the sign is just "THRIFT STORE", in block letters. (Not even reused from Goodwill, which I thought at first) 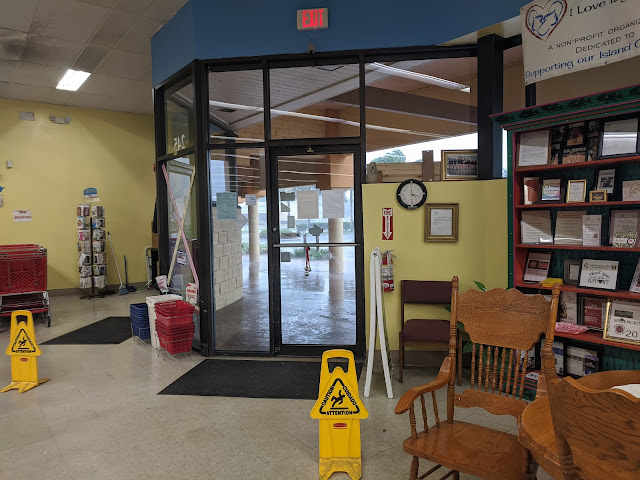 The entryway appears pretty unchanged from the Eckerd days, and as such is pleasingly vintage. 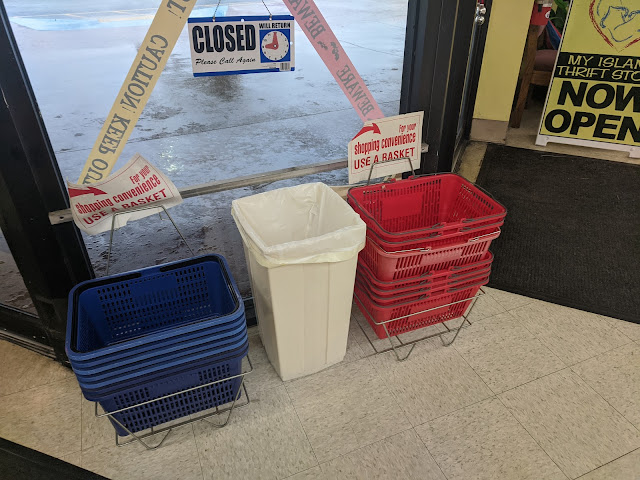 The baskets are unfortunately generic, but are fairly weather beaten to compensate. I'm not sure what the "NOW OPEN" sign is for- the store's been open for several years now. 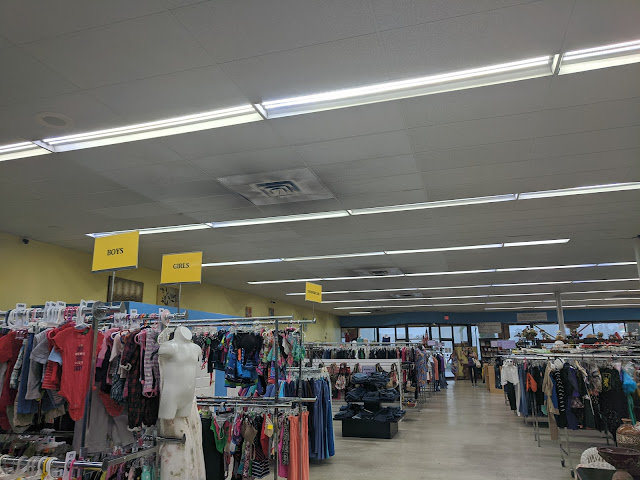 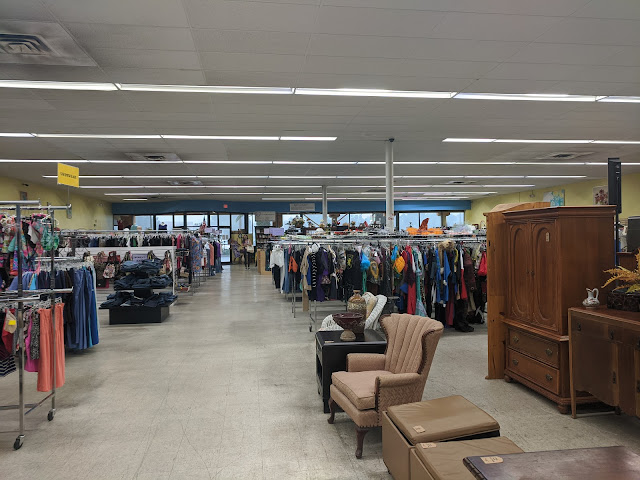 The bulk of the sales floor is taken up by clothes and a smaller section of furniture, and the whole store, despite a past life as Goodwill, still feels a lot like an old drug store. 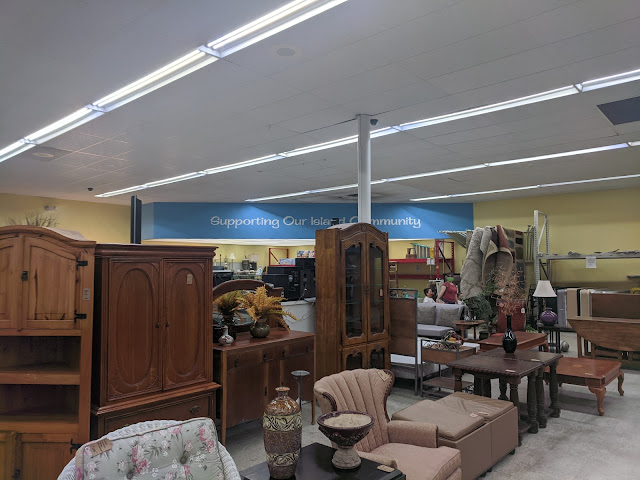 What makes it *really* feel like an Eckerd however, is this! The upper wall for what was the pharmacy counter survives, a feature sadly destroyed in so many remodels.
To round off our post, I'd like to showcase some of the retail relics I discovered on this thrift outing. 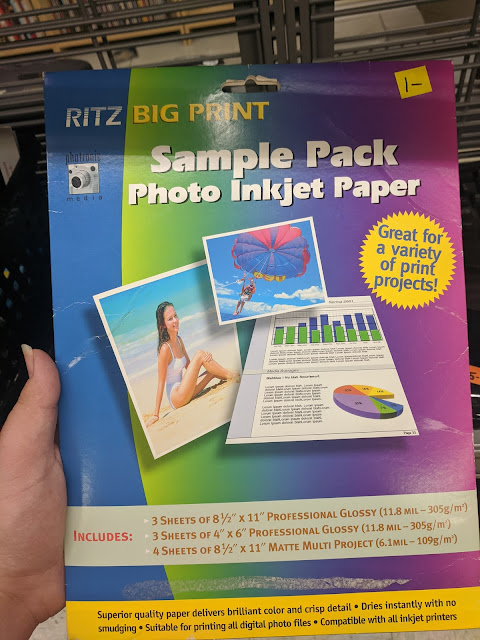 First up is this pack of Ritz Camera-branded photo paper. 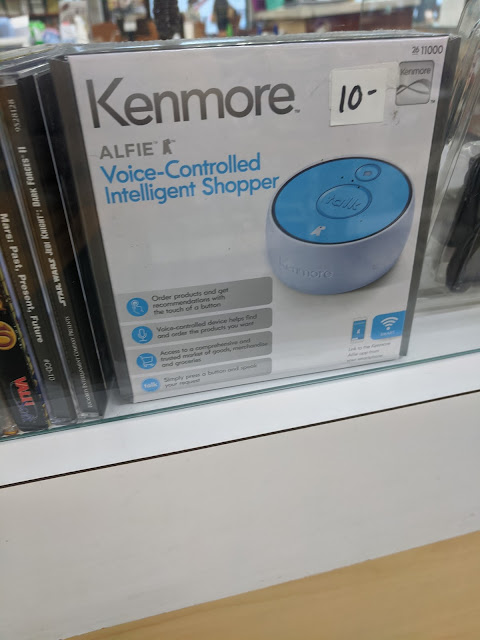 More modern here, with a Kenmore "intelligent shopper". With how few Sears are left, you probably do need an AI to find a Sears with your product available. 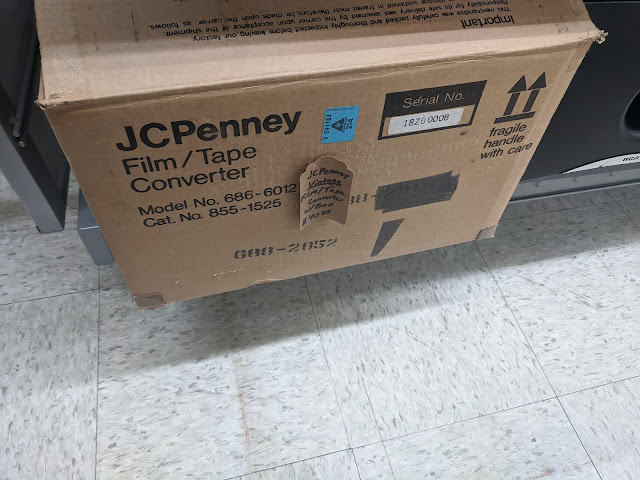 The biggest and most impressive find is this- a boxed JCPenney film-to-tape converter. 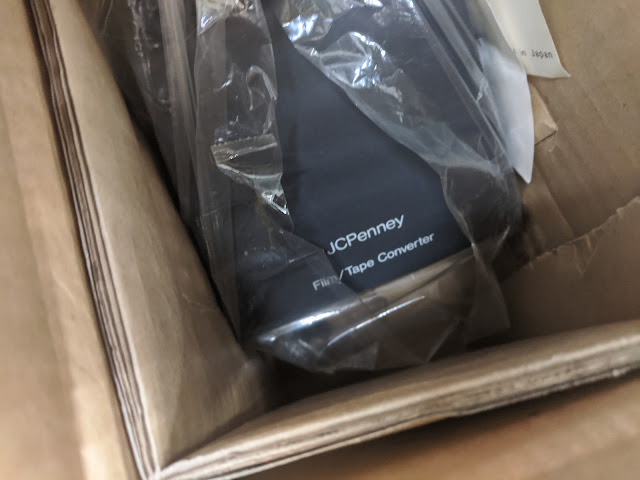 There's two cool things about it- first, it appears to be almost brand new and virtually unused. 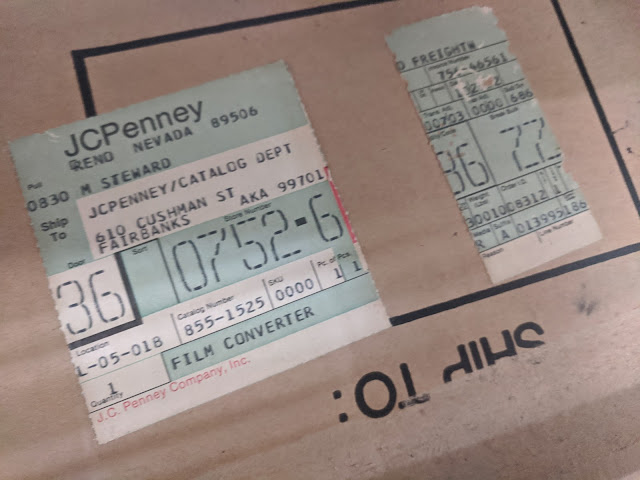 And second of all, while it's damaged, still has a JCPenney catalog order tag attached to the outside!