I refer to decor packages a lot in this post, a guide to which can be found here. I have substituted "Post-Bankruptcy" for a recently unearthed semi-official name, "A Fresh Experience".

One day in June I noticed that my favorite local Winn-Dixie had gotten a new coat of paint. Time constraints meant I couldn't go inside, but the glimpse of the outside filled me with dread. My favorite decor packages are A Fresh Experience and Transformational, expensive and premium feeling packages rolled out post-bankruptcy but pre-SE Grocers acquisition. The Palm Bay West Winn-Dixie was one of the latter, being a rare Transformational store. But the paint put a bad feeling in my gut. It carried omens of Down Down. A month later I'd make my way out to this store again, and... 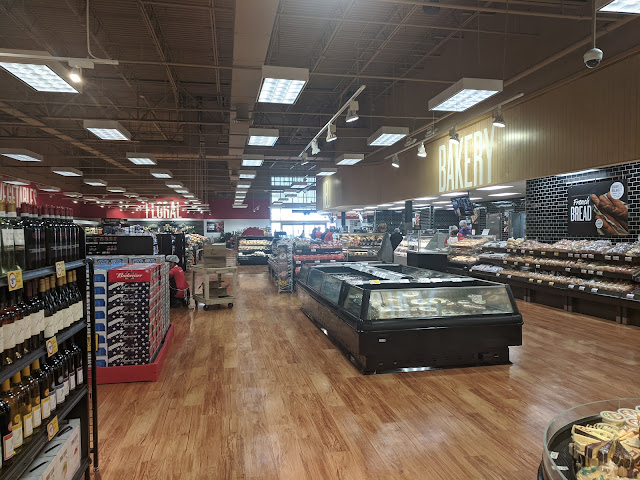 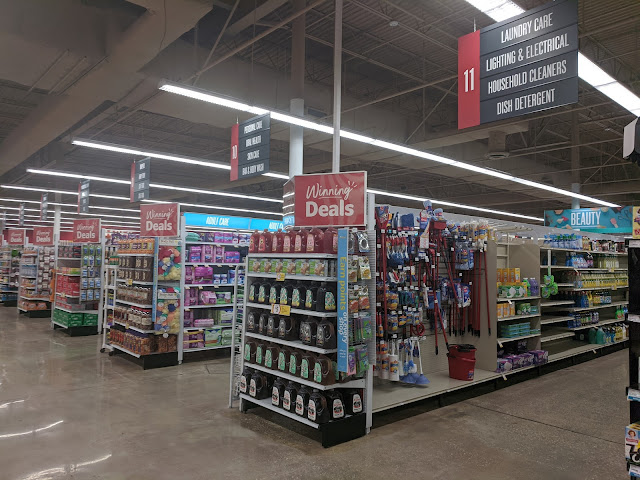 Winn-Dixie has a bad habit, at least in my opinion. By this point, it seems most of the remaining Marketplace decor stores are going to stay that way, until either more competition comes to town, or the lease runs out. So, most of those sit, while Winn-Dixie takes the initiative to remodel their newer stores, already equipped with the perfectly modern A Fresh Experience, Transformational, and Green Interior decors, and remodels them to the Down Down package, which I've always felt came off as a little cheap. It's grown on me, but I still prefer A Fresh Experience. 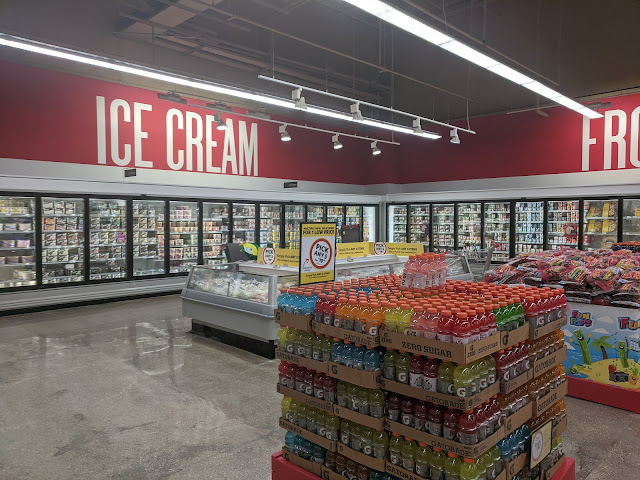 This store was previously what was known as a "Transformational" store, and that package can be seen in an old Albertsons Florida Blog post, from way back in 2015, just under 3 years after the decor was installed. Transformational was never a common decor package- Transformational remodels were expensive, something a cash-strapped, freshly non-bankrupt Winn-Dixie couldn't really deal with. A few failed attempts at cheapening the decor package would give way to it's retirement in 2014 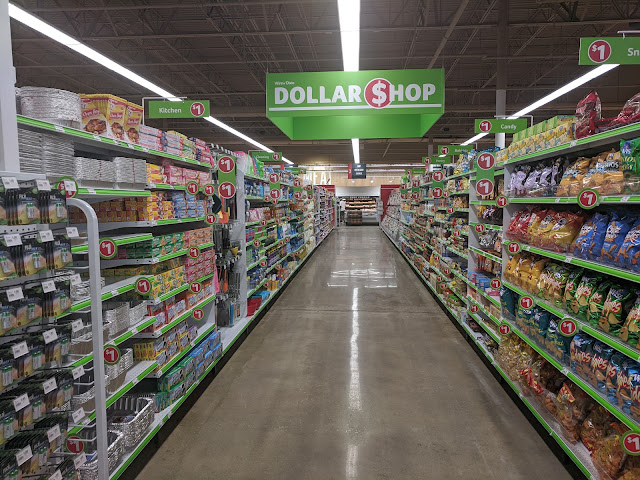 A remodeling spree in recent years, combined with Winn-Dixie's aforementioned bad habit, have reduced it's numbers greatly. It now nests with Purple & Maroon, on the verge of extinction within a few more remodeling waves. 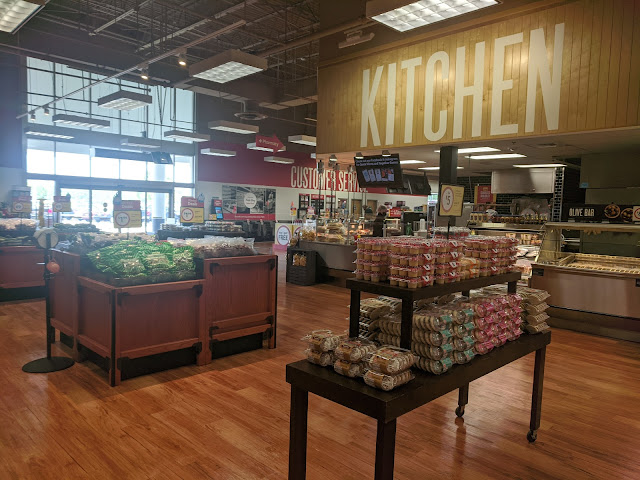 Now, as much as I whine and complain, I don't hate Down Down. I used to, quite passionately. But that has long passed. 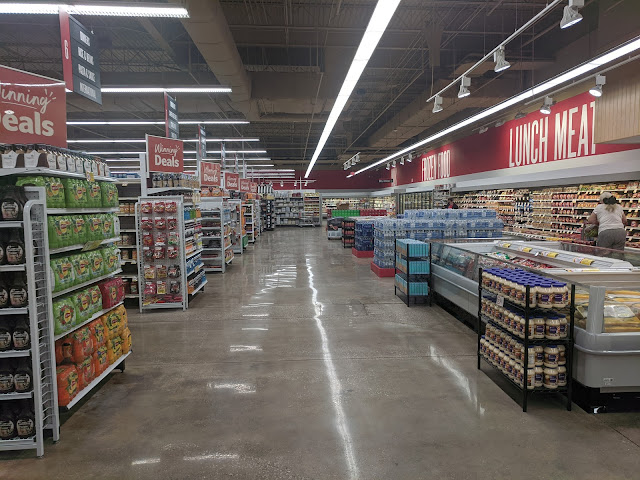 If anything, I think this is the most well-executed Down Down remodel I've seen. The high, open ceilings work well with it. 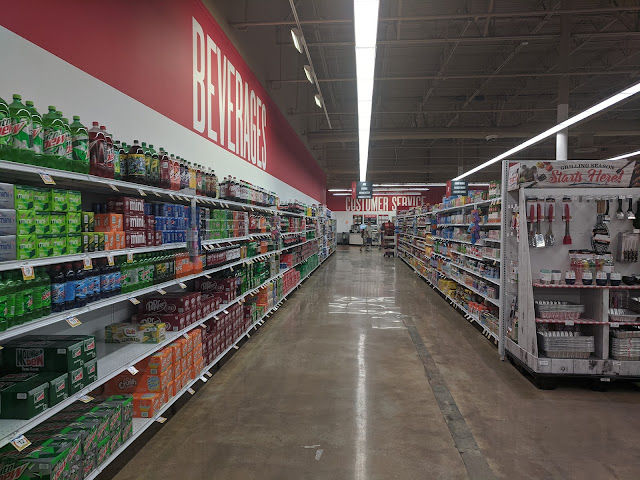 I always thought this store's soda aisle was a little odd. It's situated against a wall, on the other side of which is the Kitchen/Bakery. 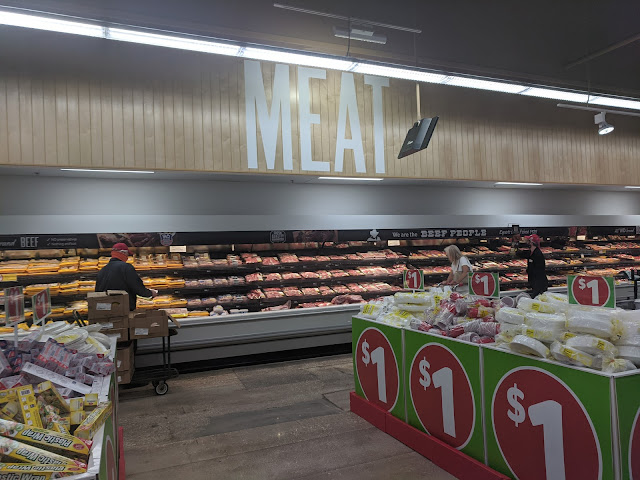 No longer The Beef People, now they just sell MEAT. 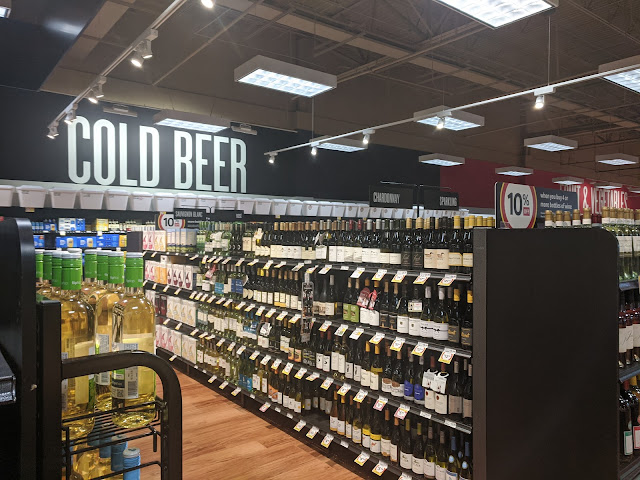 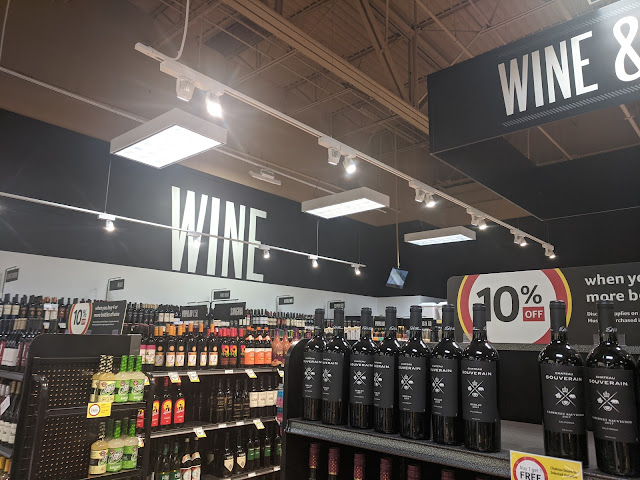 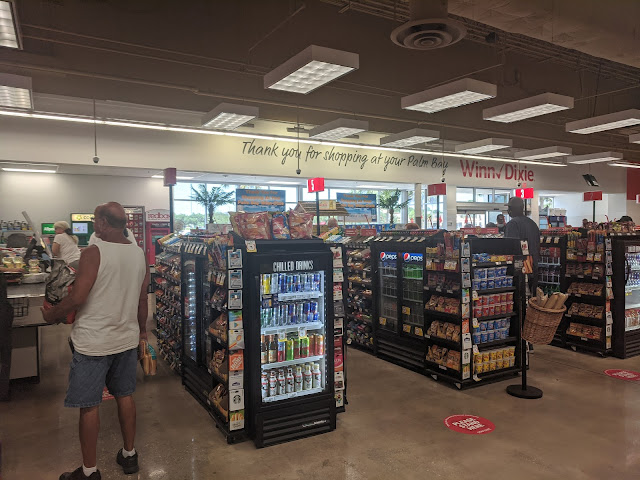 A remodeled front end even features enhanced signage in the checkout coolers! New self-checkouts were also installed, but I didn't get a good shot of those. 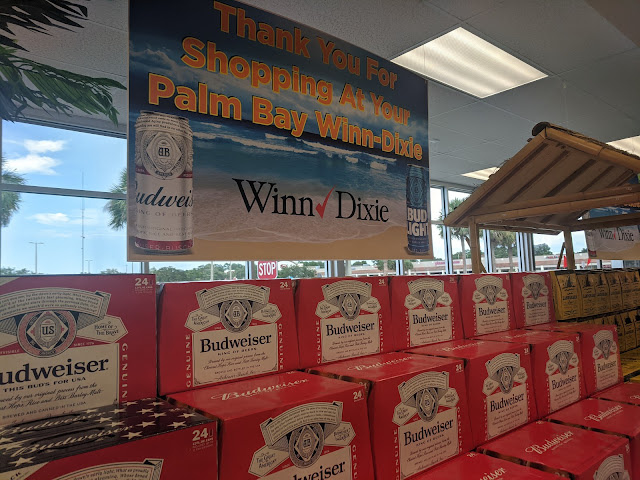 As we exit the store, we're given a glimpse of the old logo, hanging on through a likely home-made sign board. This display of beer is blocking off what used to be a cafe/coffee area, which I thought was originally just closed for Covid safety reasons, but I now believe to have been removed in the remodel.
That rounds off our look at a newly (well, few months ago. My backlog is terrifyingly long for how short of a time I've been photographing retail) remodeled Winn-Dixie.
Until next time, this was Cape Kennedy Retail.
Posted by Cape Kennedy Retail at 7:46 AM