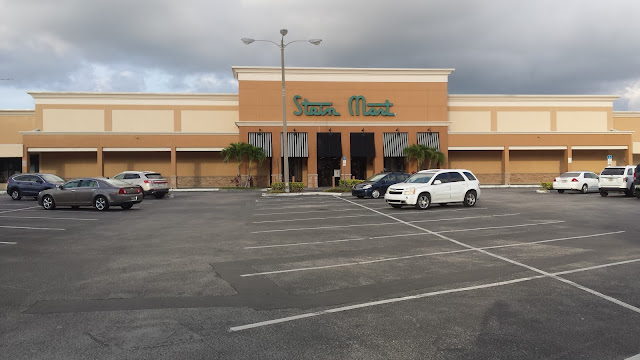 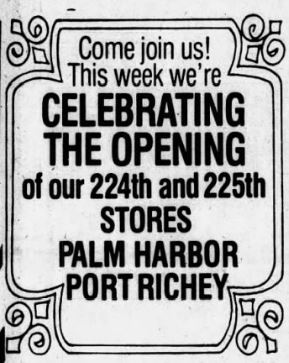 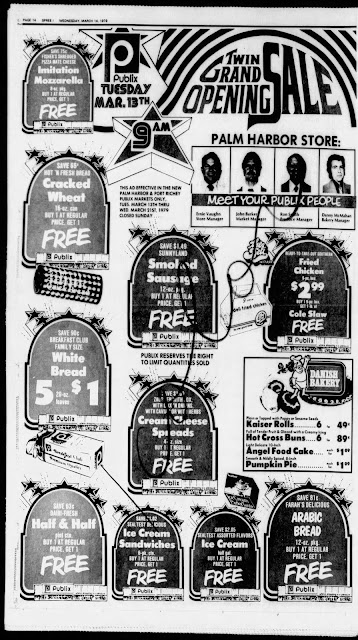 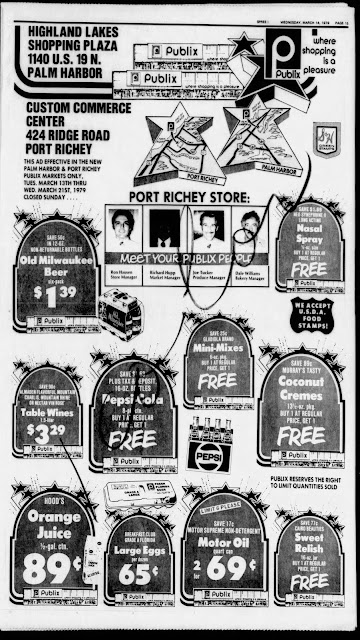 Highland Lakes Plaza's anchors on opening day were Publix #209 (now Stein Mart) and Crowder Brothers True Value Hardware (now part of Michaels).  A Super-X Drugs store opened in the center a few months later where the other part of Michaels and a Famous Footwear are now.

This Publix was one of several to incorporate what I call the "Slant" facade (1977-1982), Publix's fourth different facade style in the 1970s that I know of, and the first store like this in the Tampa Bay market.   Slant stores, like #209, generally did not feature the square "P" logo on their facades, and offered a more elegant exterior design, using earth tones and wood, than their earlier 1970s and Wing store counterparts.

The store was also flanked by two murals, but those were removed when Stein Mart took over the building in 1992.  The store was never expanded during its tenure in Highland Lakes Plaza from 1979 to 1992, remaining 36,000 square feet.

#209 closed on March 15, 1992, replaced by #415, the seventh 65M warehouse-style super store (65,000 square feet) in the chain and second 65M in Pinellas County, in Coral Landings Shopping Center immediately south along US 19.  Stein Mart opened its first Pinellas County store here on November 21, 1992, and has been here ever since.

With that history lesson out of the way, here are a few photos I surreptitiously snapped inside and out. 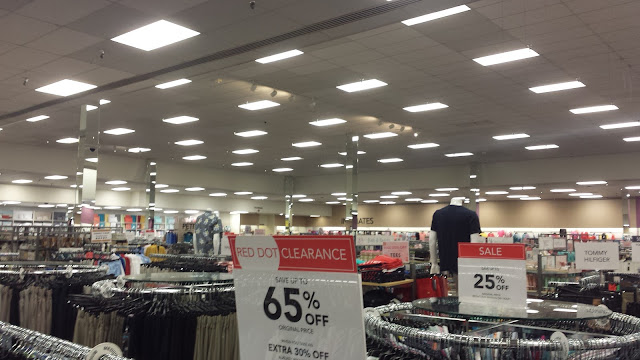 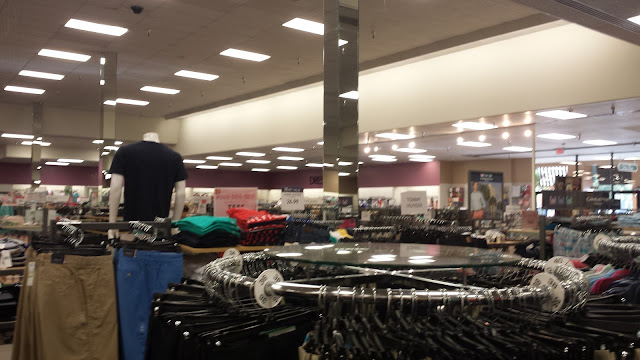 Standing approximately where soft drinks and frozen foods were located in Publix, looking toward the front.  The only clues this store was formerly a Publix are the raised center ceiling (typical of stores built between 1971 and 1987) and a few wall bump outs where service departments were located. 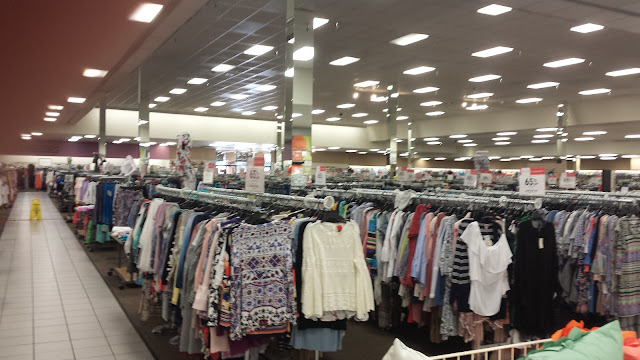 This was taken from where Publix kept lunchmeat (back right corner), looking toward the front of the store. 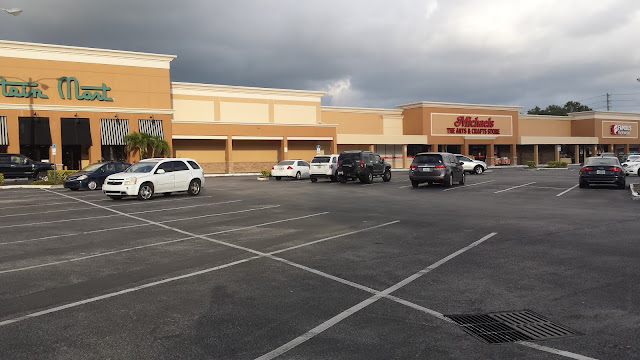 Stepping outside, here's a view of the right (southern) half of the Highland Lakes Center.  To the right of the Publix were Crowder Brothers True Value Hardware (now part of Michaels) and Super-X Drugs (now other part of Michaels and Famous Footwear). 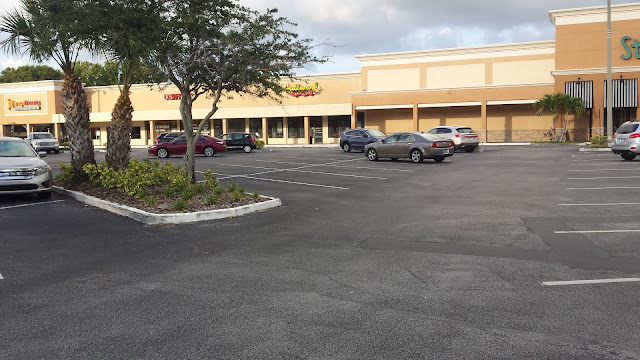 Looking toward the left (northern) half of the plaza now, we find an Orangetheory Fitness, a dentist, and a Hallmark card shop.

Last but not least, a panoramic view of the Highland Lakes center.

Thanks for stopping by. Until next time,
duckman66
Posted by duckman66 at 4:00 PM