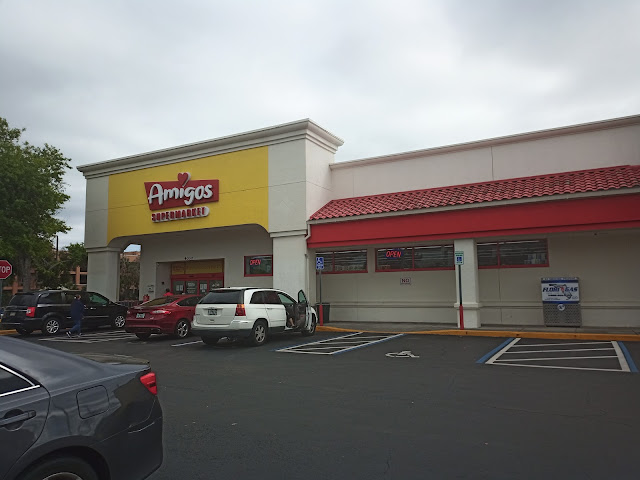 Today on MyFloridaRetail, we visit an interesting little conversion down in Kissimmee.
This Amigos Supermarket, located at 4030 W Vine St, is situated in a former Walgreens, which seems to have closed around 2012. By 2016, it was home to an Asian grocer, SMart (as in S-Mart, not "smart"), which had itself closed in 2020. Amigos moved in later that year, dressing it up with a very colorful paint scheme. 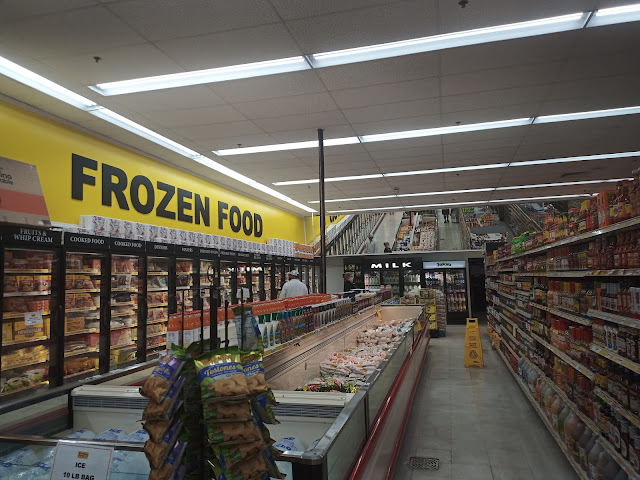 Once you enter, a line of coolers are set against the left wall, with more coffin coolers to their right. One obvious Walgreens remnant here is the large mirror running along the back wall. If I remember correctly, these exist so that employees at the front can better see the whole store. 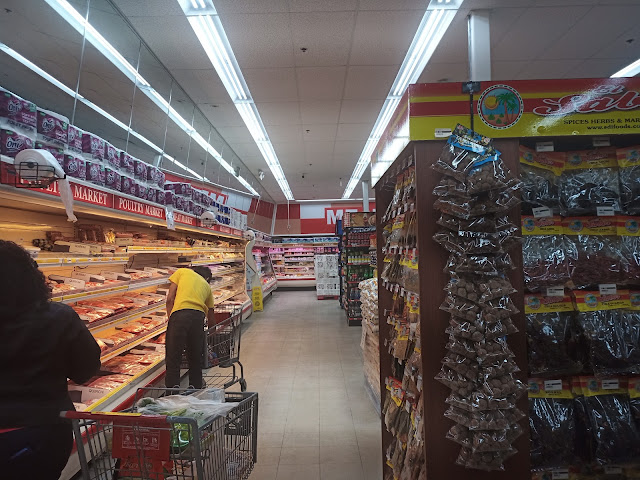 Even more coolers run along the back wall of the store. We can also see an extensive spice rack here. 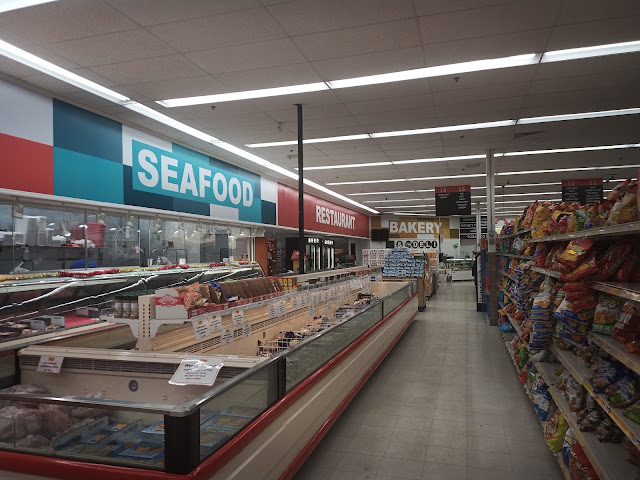 Showing the right side of the store, we get a good look at their, in my opinion, colorful and retro decor. A happy diversion from the gray Publix decor we looked at before. Also visible down at the end is their Bakery counter, which, if I'm not mistaken, is retrofitted from Walgreens' photo counter. 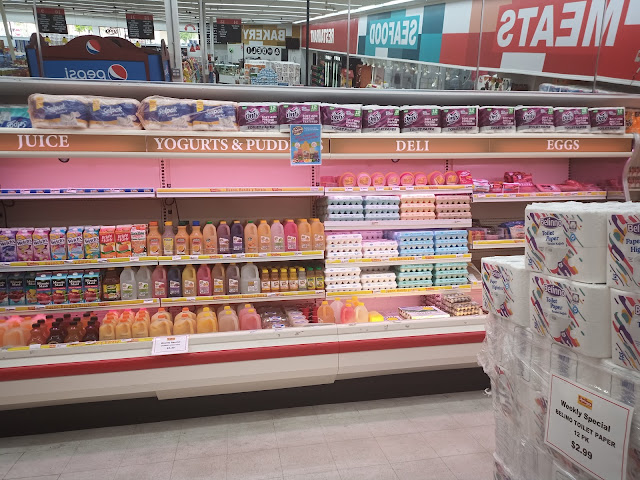 Another look at the back wall, this time showing juice, eggs, and some prepackaged meats. That red stripe really makes these coolers look retro, despite being not even a year old. 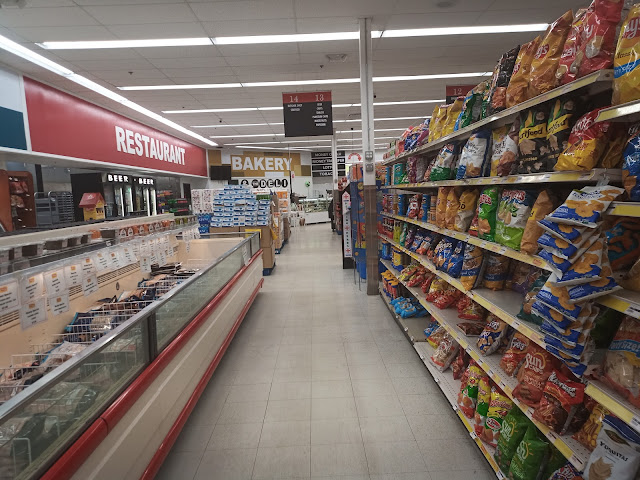 Visible to the left is the "Restaurant" section- this one seems pretty limited from what I can see, but it's very common for Hispanic supermarkets to put in hot food counters, even in smaller formats where a larger chain would cut it. 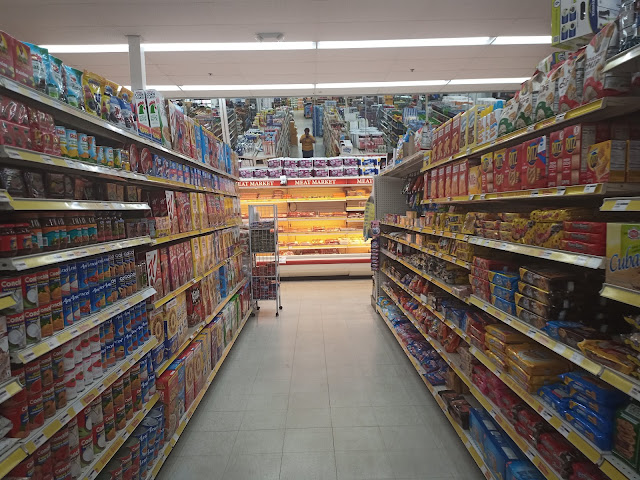 Taking a quick look down an aisle, a little narrow owing to the square footage, but not too bad. 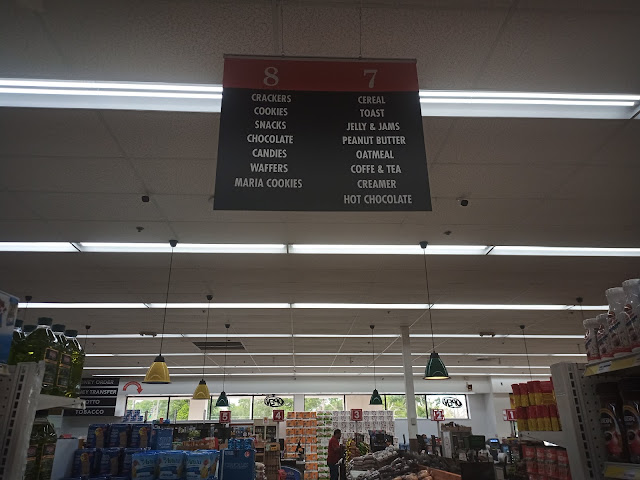 Rounding off our photos, we take a look at an exhaustive aisle sign, with the checkouts in the background. The registers being completely remodeled away from Walgreens' setup, which only makes sense for a higher volume supermarket. 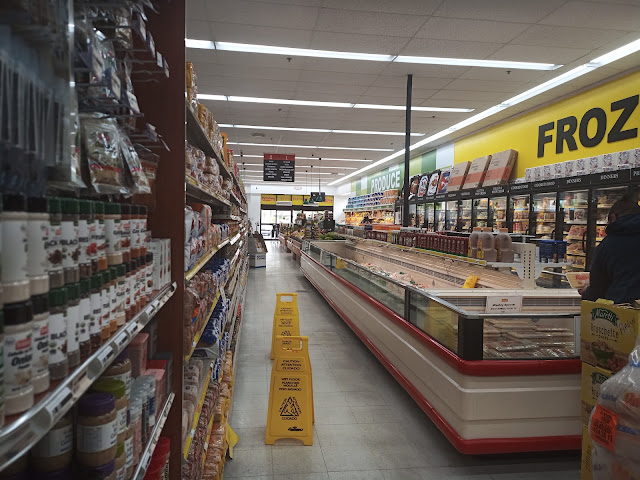 Our final photo looks back towards the entrance of this store.
Overall, I really liked this store. It was clean, well set up, and the decor was nice and colorful for a change. I also like seeing more space-efficient grocery stores like this. As much as I like photographing major supermarkets like Publix and Winn-Dixie, I don't super enjoy the sprawl you get when you start putting them everywhere, and I think the major chains could do with introducing some smaller-format concepts in the future. Because for a lot of people, you don't need more than a store this size.
With that, this has been Cape Kennedy Retail.
Posted by Cape Kennedy Retail at 12:31 AM