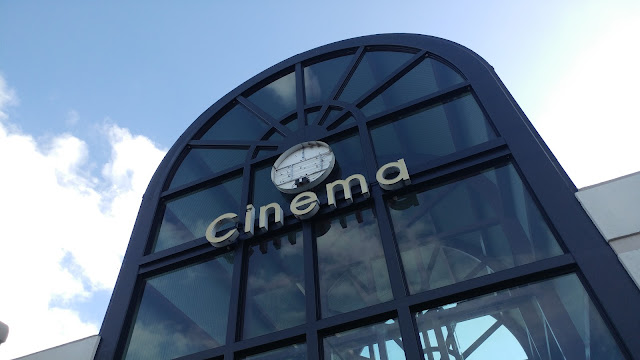 Located near the Orlando Fashion Square Mall, this shopping plaza, once named Colonial Promenade but now nameless and designed by Design Affiliation Architecture in 1986, is an absolute beauty.

Before we get into the rest of the photos I took, let's take a quick look at this theater's history.

This photo, taken from the website of the developers, shows the plaza in happier days. Opening as a General Cinemas, this theater was tucked into the corner of this shopping center, and featured 6 screens.

By the early 2000s, amidst the collapse of the General Cinema Corporation as a whole, the theater was sold to the locally owned Entertainment Film Works, who had also purchased two other theaters, one at the Orlando Fashion Square Mall, and the other in Altamonte Springs' Renaissance Center.

However, this was not to last- Entertainment Film Works quickly fell into trouble, with the Orlando Fashion Square location abruptly closing, leading to a $1.9 million civil judgement against them for breaching their lease agreement. The 8-screen Altamonte Springs theater would be the second to fall in early November 2002, followed by this theater in the latter half.
The theater would be picked up by another local operator, Touchstar Cinemas, shortly after its closing. Operating as a "second-run" theater with showings for $2.50/ticket (or $1 on Tuesdays), it seemed to be fairly successful- It operated in this spot until 2011, when it was "temporarily", and ultimately, permanently, closed.
The theater would be picked up for the final time by another second-run operator, this time going simply by the name Colonial Six Cinemas.
However, the age and the revolving door of budget operators was starting to show. Contemporary reviews attest:

"The dirtiest movie theater I have ever visited" -Susan Clary, November 24, 2011
"There's a cricket in this theater!" -Jascelyn Diaz, March 14, 2013
"This place is terrifying." -Stephen L, December 23, 2013
"Bathrooms are suspect but what a deal" -Ricky Whitfield, May 15, 2013
"Surprisingly wonderful atmosphere" -Jonathan Vazquez, August 4, 2010
Cinema Treasures claims the theater closed in 2015, and an April 2016 review on Foursquare reports it as permanently closed, so we can pin the date around then. As far as I know, no theater has operated here since. 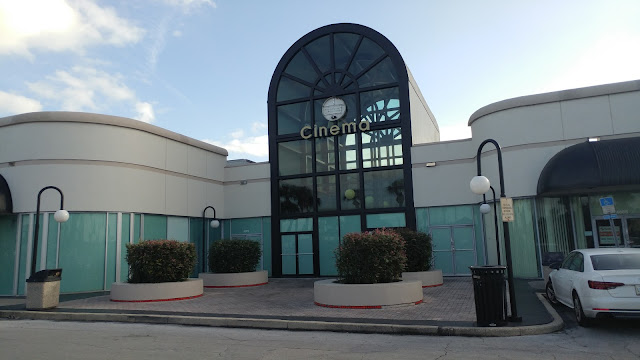 During either its run as the Colonial Six Cinemas or thereafter, the originally red structure had been repainted black, which actually fits pretty well, if it is more drab.

Most notable is the sign- both the round frame, and the "Cinema" text are remnants from General Cinemas, an increasingly rare sight to see, 18 years after their collapse. 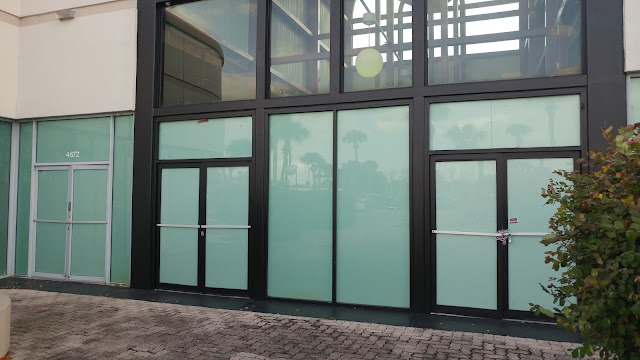 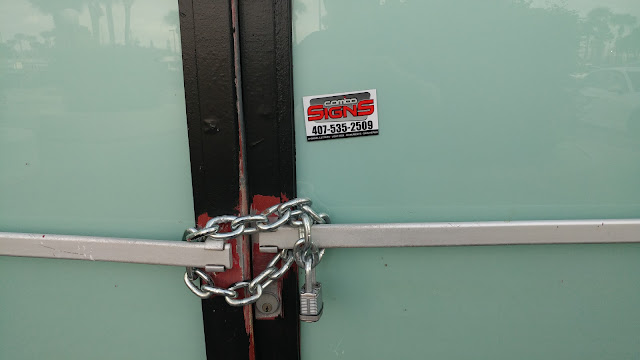 Unfortunately, they've both covered the windows and securely locked and chained the doors, so we can't get any idea on what the interior looks like, though I imagine pretty rough and worn. 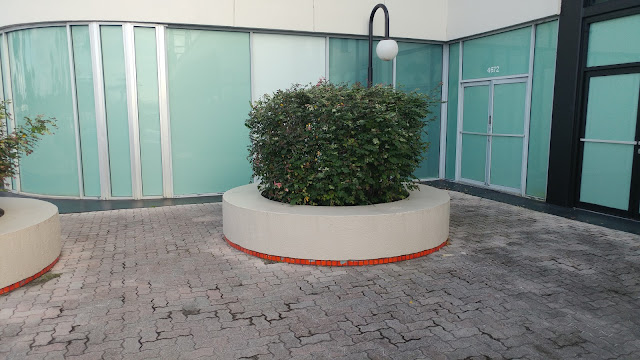 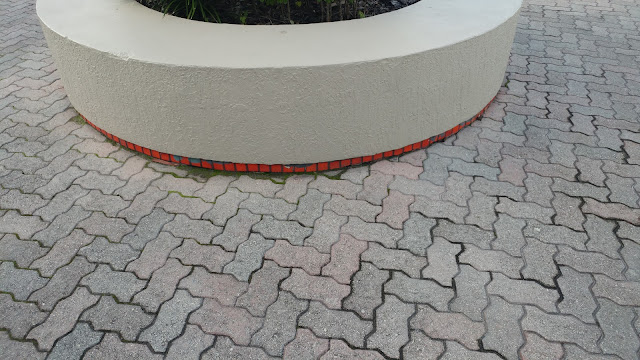 All that's left to look at now is the accents- not that this doesn't have some fun ones. These red-tile trimmed planters are certainly original to General Cinemas. 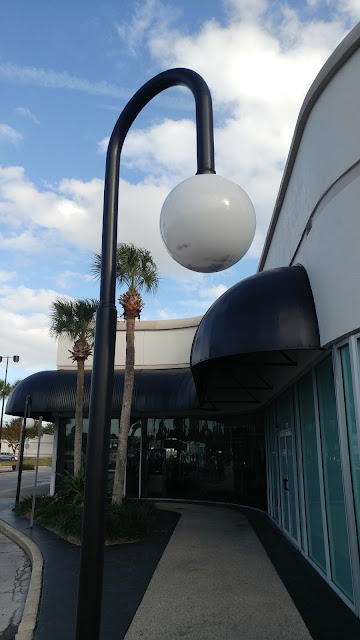 Finally we have these funky looking streetlamps, which are actually scattered about the plaza, this one just happened to be located near the theater. Again original to the plaza's opening day, they're starting to show some wear. Thankfully, I imagine they'll stay since they're pretty simply design things, all in all.
I'll have more photos of the other stores in this plaza coming up in the future, but this is all for now.