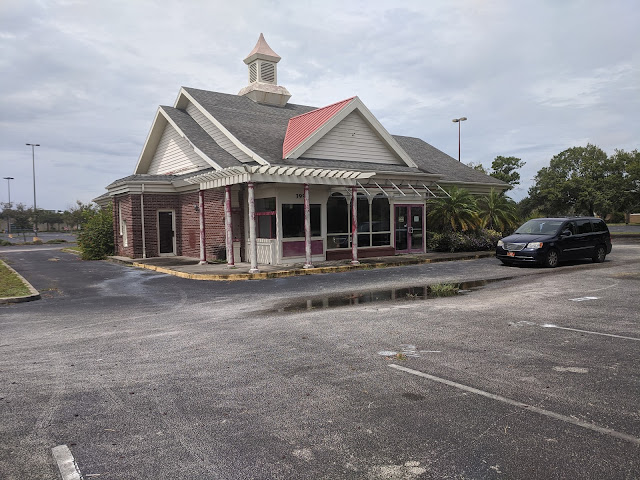 "It'll be interesting to see if anything will ever move into this place and if they'll modify it any, because this place will definitely make for an interesting conversion if left mostly intact." -Albertsons Florida Blog, December 22, 2018

Our starting words are the parting words from when we were last here, when AFB posted a set of photos he took all the way back in 2018. At that time, the building, while a little worn by time, still had some hopes for reuse. Unfortunately, not reuse- but demolition- is in this building's future. 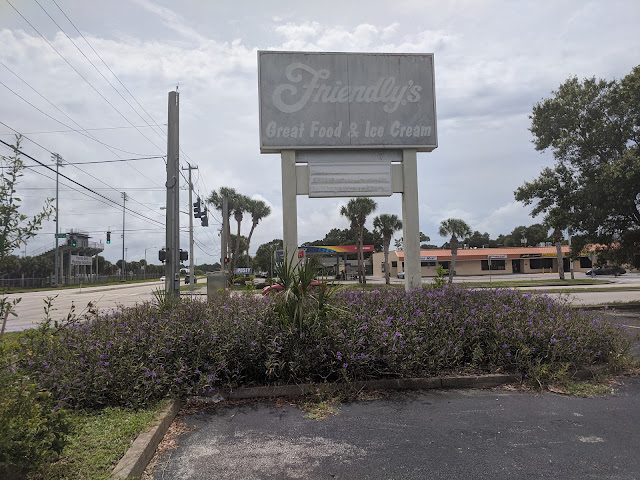 Following it's approval by the zoning board, advertisements went up for prospective franchisees for this site's future tenant- 7-Eleven #41184. While Palm Bay High School is visible in the background of this shot, we're also not far from the Florida Institute of Technology, and along with it, a thorn in their side for some time- 7-Eeven #10126. 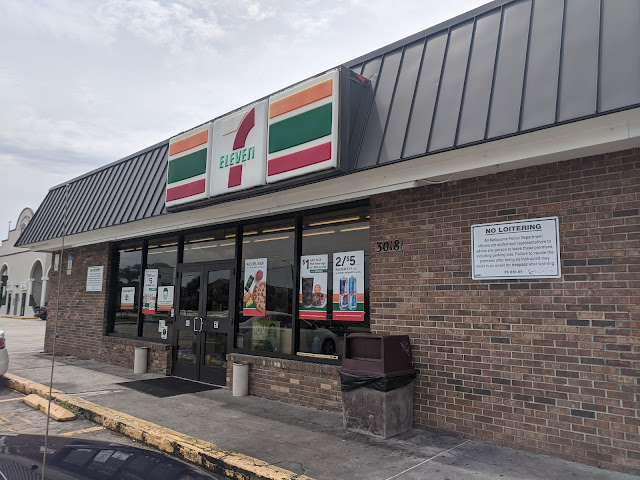 This store first shows up in newspapers in 1972, and property records indicate that this building was built all the way back in 1966, so this building is a dinosaur by Central Florida standards. Unfortunately, this store hasn't exactly aged like a fine wine. According to some, the nearby FIT considers this whole corner "blighted", and wants it demolished. It scores a 2.9 on Google Reviews, and the sole Yelp review levies it one star. They bring consistent reports of mismatched prices, short-changing cashiers, and ever-present panhandlers.

But anybody can slander a convenience store, from behind a keyboard. What's the experience like inside?

To put it, in a word: outdated. 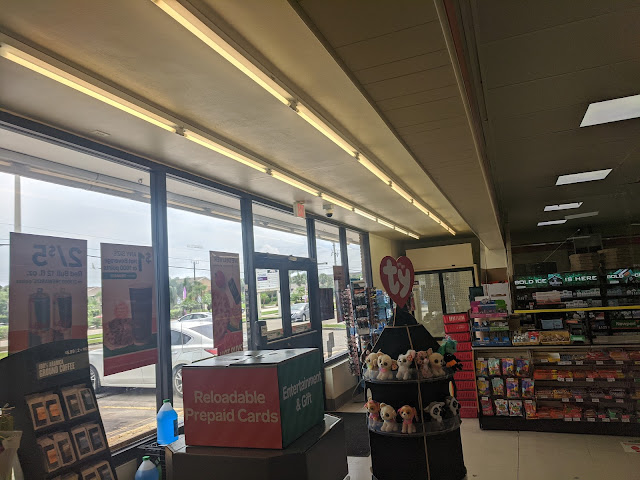 A notable feature of this store is this weird little entryway which, whatever purpose it originally served, is now stuffed with random merchandise. 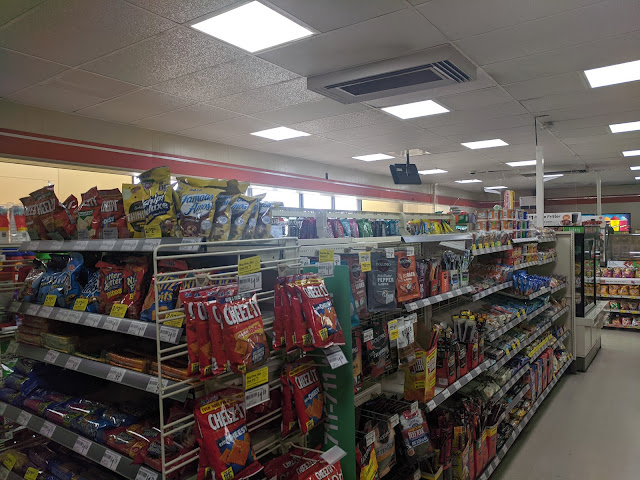 It's a small, old store with a limited selection and wall decor that is likely twice my age. 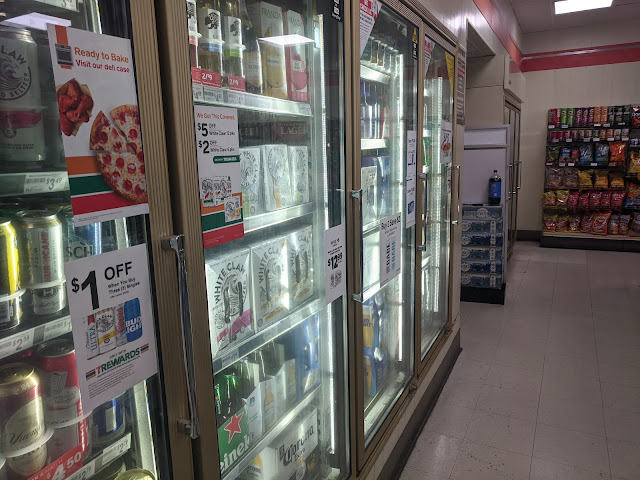 The coolers, while at least functional and not horrifically leaking, are those ancient, brass-y colored ones that I associate with backroads gas stations found only off obscure highway exits during road trips.
This store, owing to it's age, is also the increasingly rarely spotted c-store only 7-Eleven, without even a single pump outside. While the lot probably could fit one or two, it sits next to a standard Mobil station, so their omission isn't surprising. Plus, I doubt there was a chance to add them in the seeming 0 renovations it's had since day 1. Other than the 7-Eleven, this building is also home to two smaller shops, consisting of a barber shop and an Asian restaurant.
With that visit to a depressingly decayed operating business over with, let's return to a depressingly decayed former business! Hooray! 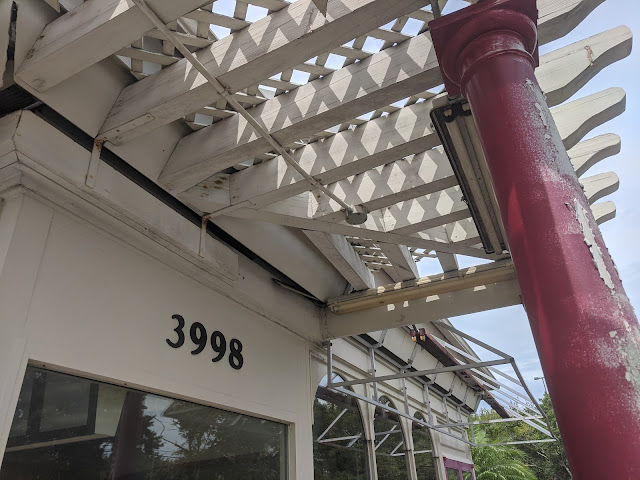 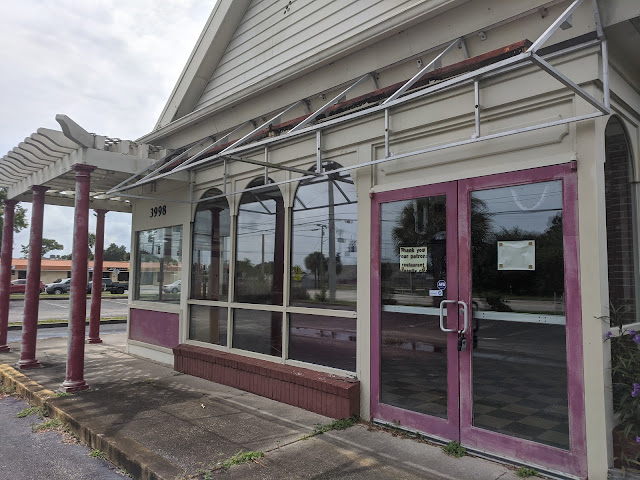 Time has not proven kind to this building, and that wear is apparent in the paintjob. What was once a nice, eye pleasing red has been reduced to a patchy, chalky color that's been totally bleached off in many places. 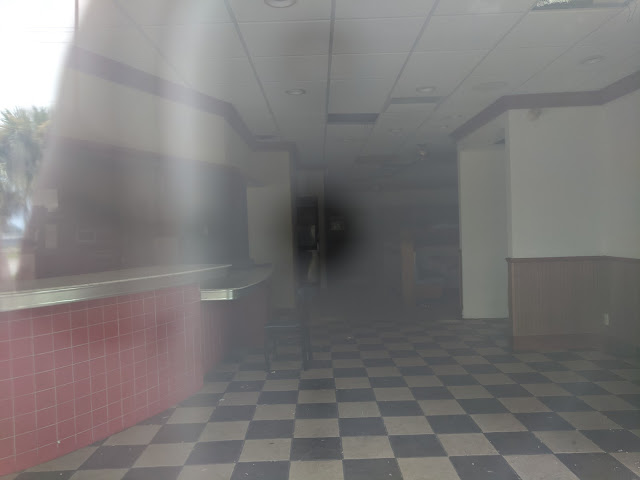 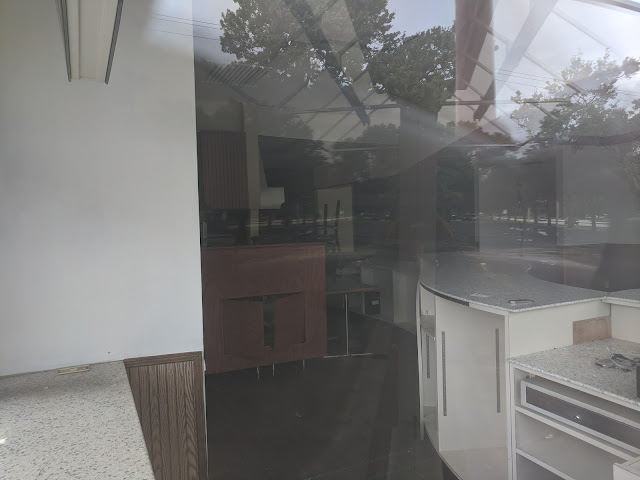 I had far worse luck with interior shots than AFB did, due to a combination of filth covered windows and newly overgrown shubbery blocking my path. However, not much seems to have changed, except a much thicker layer of dust over everything. It's sad that all this is almost certainly destined to become rubble when the building comes down. 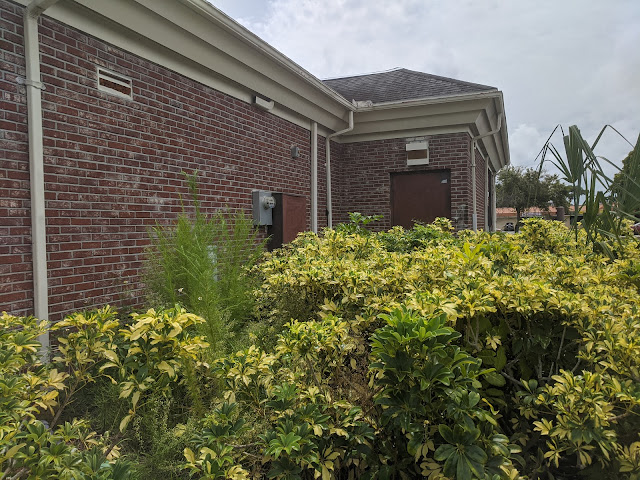 All the shrubs and decorative plants, while again almost certainly depressingly left to become mulch, at least make for some poignant photographs.
This completes our look at a sad former Friendly's, and a dinosaur of a soon-to-be-former 7-Eleven. While the building has increasingly become an eyesore over the years, as paint fades and bushes overgrow, I'm gonna be sad when the wrecking ball finally comes down on this old Friendly's. I associate the chain without nothing but good memories, of family outings and ice cream, and while we still have an operating Friendly's in Indian Harbour Beach, it was nice to have even a crude reminder closer to home. 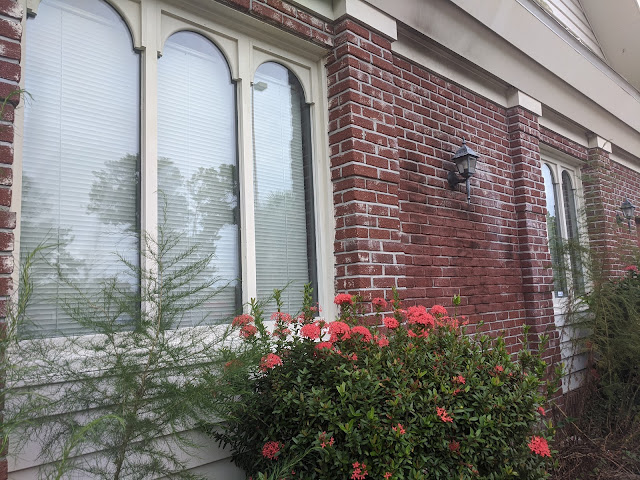