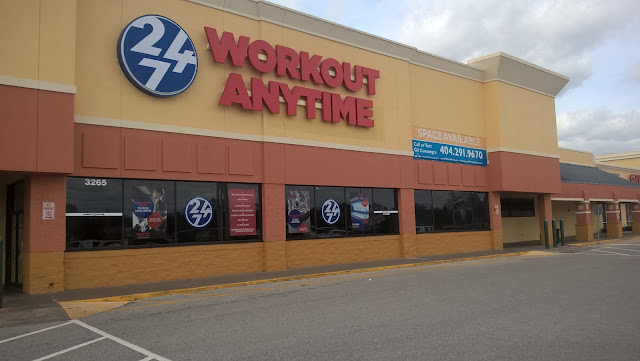 It's not exactly uncommon for a Publix to relocate. Publix maintains a (decently) high standard for their stores, and tends to update them with a fair regularity. If the situation is dire and other options sparse, they'll flatten the original store and a couple neighboring storefronts in the center, and build a new one on top. A lot of times, they'll build a new one in a shinier plaza, or jump ship to a former location of whatever supermarket chain they gutted like a fish earlier that week. 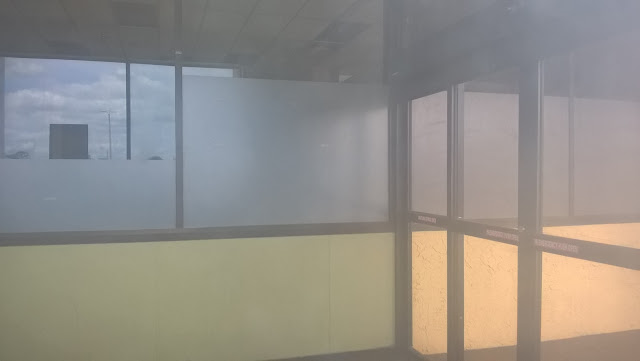 However, in Titusville's St John's Plaza, Publix took a different turn. Instead of expanding their existing store, nestled near the shopping strip's "corner", they abandoned their previous store and built a brand-spanking-new one further down the plaza, nuking whatever was there previously from orbit. 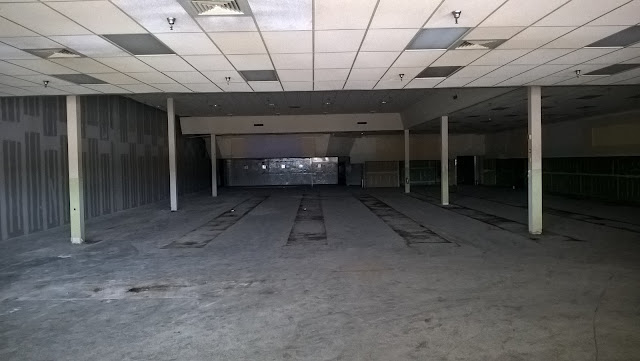 The store remained vacant for a while, even keeping a glaringly obvious Publix labelscar until it was painted over. In 2018, a gym, "24/7 Workout Anytime" took over the lion's share of the store. All they left was an awkward slice, frozen in time. 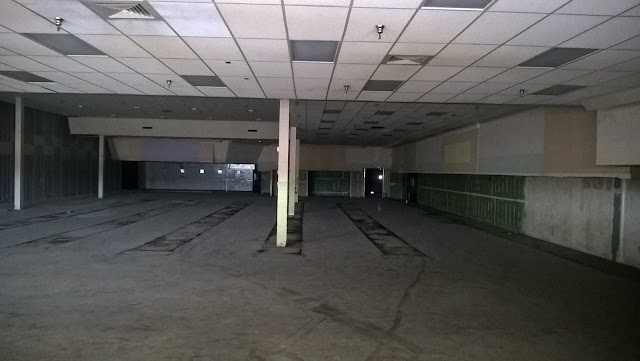 Now, unfortunately, like most places I photographed, the doors here were sealed tight. However there wasn't much store left to photograph, so what I could get through the windows was basically all there was to see. Ugly shelving scars, an aging ceiling, and lots of Classy Market (likely 2.0 likely 1.0, thanks AFB) wall paint, scarred by paint blotches

Now, while I did mention the doors were locked, even if they were wide open I probably wouldn't have gotten very far. 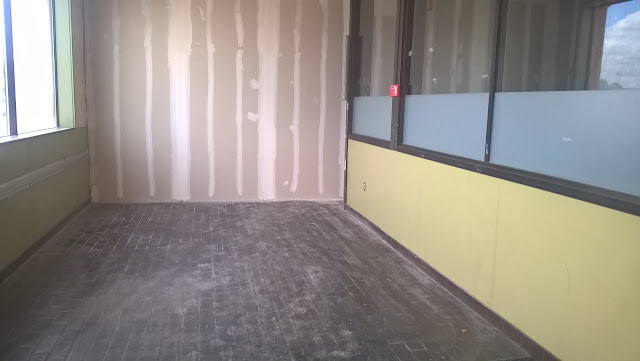 ....I think you all can piece together why.