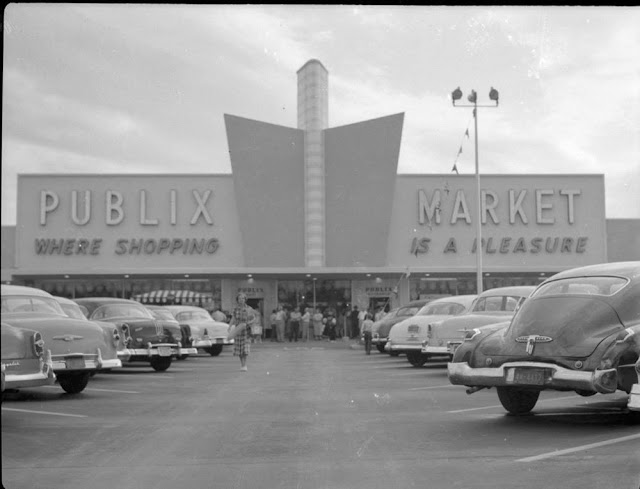 #26 was the first Publix to feature the Wing facade and the slogan, "Where Shopping Is A Pleasure", prominently on the facade.  With some variations, Publix utilized the Wing exterior for every new store built from late 1955 until 1970.

On January 17, 1964, a fire from a defective display light heavily damaged #26. Within six days, the store was back up and running. 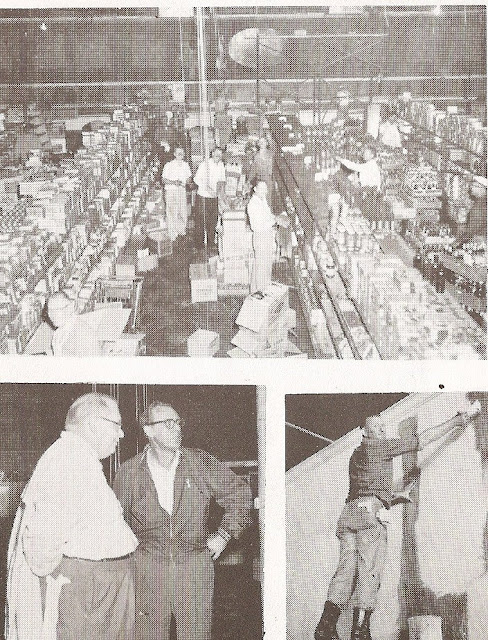 From the January 22, 1964 edition of the Clearwater Sun newspaper:

This is no fable. Here's how 300 determined men - working around the clock - rebuilt a fire-gutted supermarket in six days flat.

It all began at Clearwater's Cleveland Plaza Publix Market where, on January 17, a flash fire originating in a defective display light, touched off a $100,000 blaze which left one of the city's most modern food stores a shambles of soot-covered devastation.

Asked about his company's six-day miracle, Ted R. Cross, Publix district superintendent, says the rebuilding marathon "just happened." "Publix has never had a fire like this before. We just decided to see how quickly and efficiently we could put the store back in business." And that's the way it started.

As a note to the amount of all the work involved, 12,000 square feet of suspended ceiling and accessory supporting materials had to be replaced...and was; shipped by the Ohio manufacturer the Tuesday night before the Friday reopening. The aluminum faced steel network which makes up the store's new suspended overhead grid system was turned out by an Illinois manufacturer only 24 hours earlier. Cash registers had to be completely stripped, inspected and reassembled by special crews from National Cash Registers. Painters and decorators worked around the clock to finish the colorful new decor. Insofar as the stocks of merchandise, everything in the selling area of the store was replaced by fresh new goods from the warehouse and from local distributors. In effect, a new store was stocked and opened (after practically being rebuilt and rewired) in just six days time. As Mr. Joe Blanton said, so many folks pitched in and helped with this amazing job...it would be impossible to thank them all! Nevertheless...through our newspaper ad and through the Publix News...we thank you all!

#26 celebrated a Grand Remodeling sale in November 1983, and lost its Wing during an overhaul of Cleveland Plaza that was completed in May 1984.

On June 15, 1992, Publix closed the store outright, but not for a lack of business. At 18,000 sq. ft., #26 was too small and obsolete in an era of 40,000 + sq. ft. combination food and drug stores. Publix was unable to expand the store, nor was any suitable property nearby available to build a new store.

Save-A-Lot overhauled the building in 2012 and opened in January 2013, leaving only small traces of Publix behind. 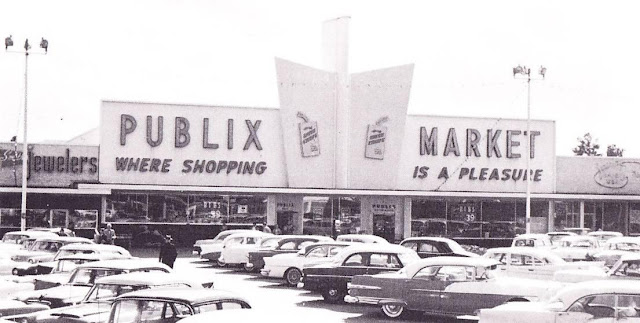 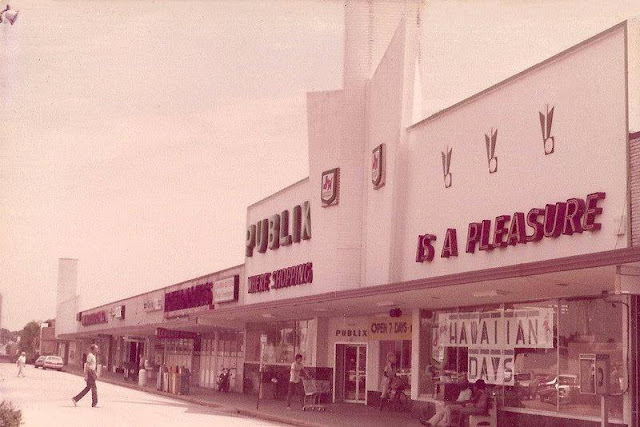 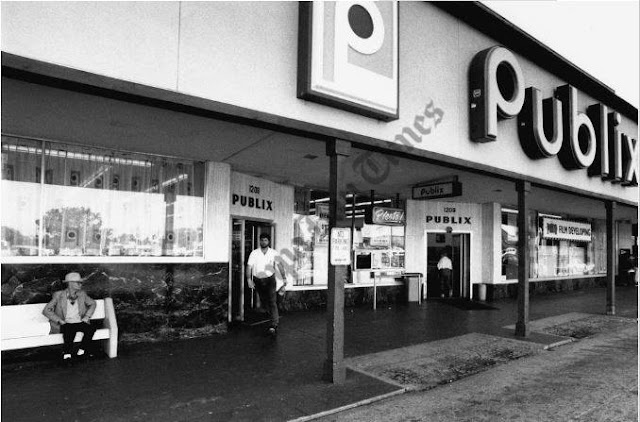 #26 shortly after Publix announced they would be closing the store.
(courtesy: Tampa Bay Times, January 15, 1992) 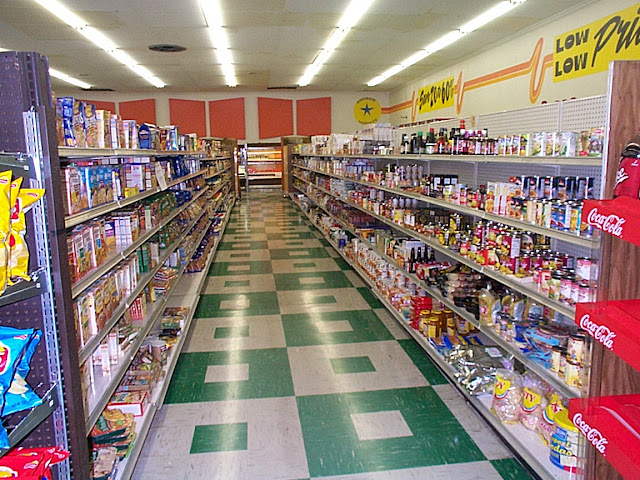 Hopping into the Internet Archive's WayBack Machine, here's the interior of #26 while it was "Cleveland Market", a short-lived scratch & dent supermarket from 2004-2005. The floor, lighting, vents, and the orange trapezoids on the back wall (aisle directory) were all vintage Publix. 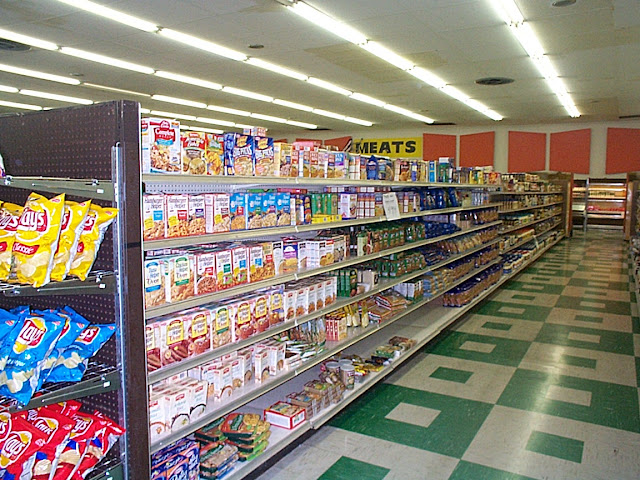 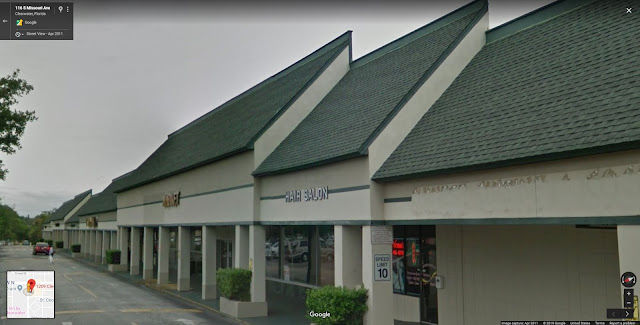 Google Street View of the Publix #26 as "MARKET" (formerly Clearwater Market), April 2011.  The windows, entry setup, and exterior green marble walls were untouched for over 56 years at this point.

The two photos below show the old store in April 2012, before converting over to Save-A-Lot. The produce department signage and checkstand railing were remnants from the store's days as Publix. 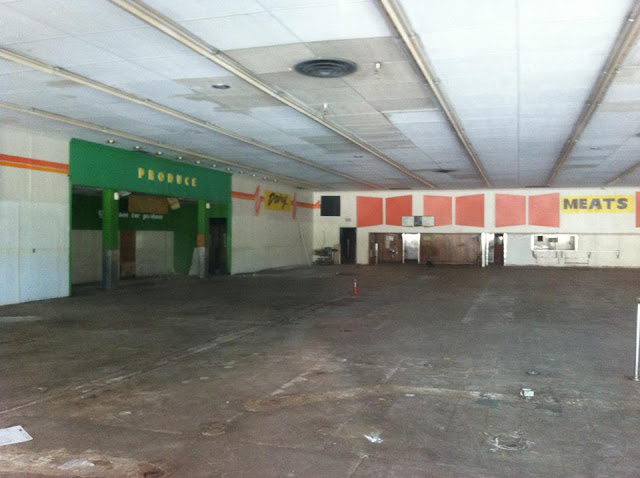 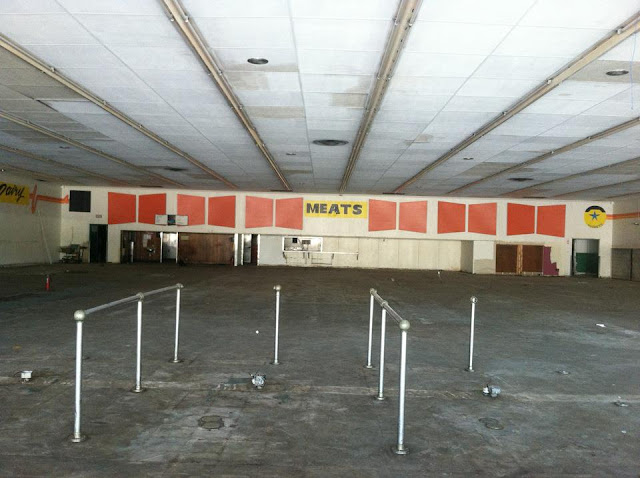 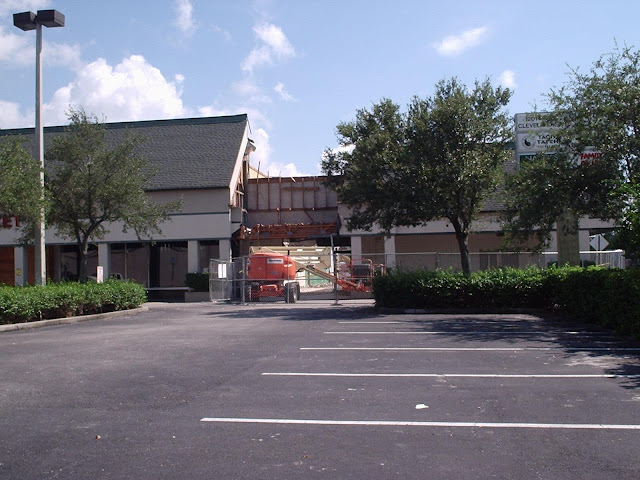 Transformation to Save-A-Lot underway in September 2012.

All shops to the right (west) of old Publix #26 were demolished to make room for additional parking. 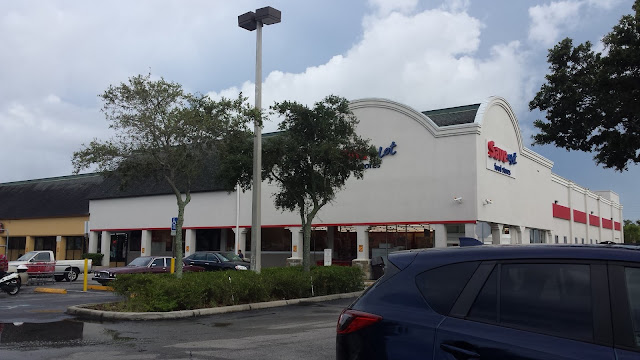 In June 2018, I stopped by the Save A Lot store to see what was left behind from the building's Publix days.

Unfortunately, there wasn't much - basically the left-hand window (emergency exit) and its sills are the only Publix remains left. 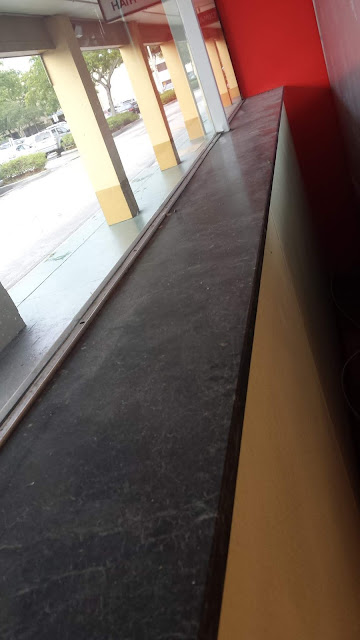 Thanks for stopping by. Until next time,
duckman66
Posted by duckman66 at 4:08 PM