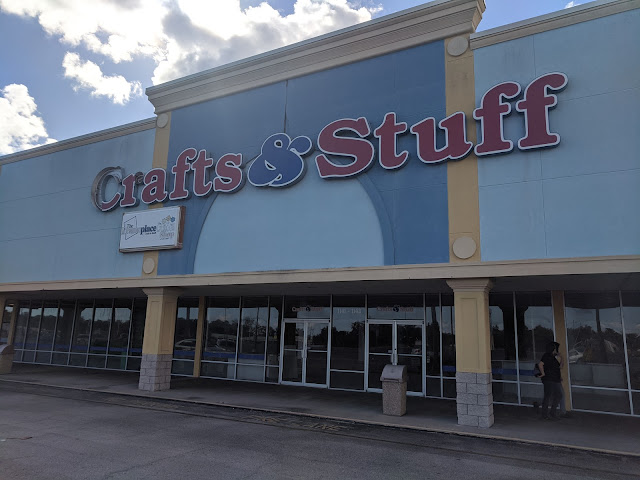 Crafts & Stuff, despite being virtually wiped from history, is a chain we've actually visited before here on MyFloridaRetail. AFB got out to the Vero Beach location during its closing back in 2019, and explored some of the chain's history there. But today, we're going to expand even further on that history, while looking at photos of their former Cocoa location.

Crafts & Stuff actually traces its way back to 1976, but under an entirely different, but perhaps more familiar name... Ben Franklin!

For the uninitiated, Ben Franklin is a chain of old-school 5&10 stores, which amazingly survives to this day. The group of stores that would later become Crafts & Stuff started out in 1976, when an Atlanta-based franchisee bought out at least 2 former W.T. Grant stores- Vero Beach and Cocoa. 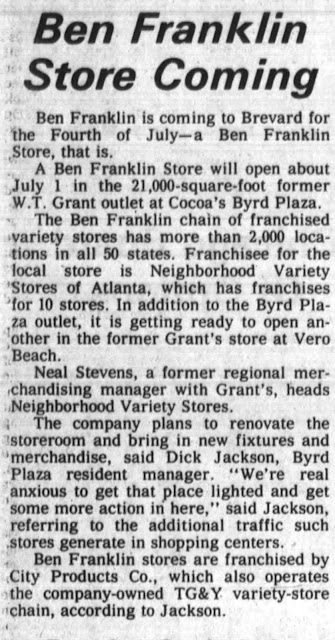 Now, while the I did mention above that Ben Franklin survives to this day, that's not to say they're doing amazing. The chain, like almost every other five and dime, lost a lot of stores in the late 90s/early 00s, with Ben Franklin's saving grace being it's focus on independent franchisees, which allowed some stores to re-orient themselves and survive into the modern day.
A common change that had already been in motion for a while was a change over to being primarily crafting and sewing stores- these were already a common product for these chains, and by the 1990s some stores had already swapped over to the Ben Franklin Crafts nameplate. However, this wasn't enough for our local franchisee, and on New Years Day 1993, signs would be swapped over for a brand new name, Crafts & Stuff. 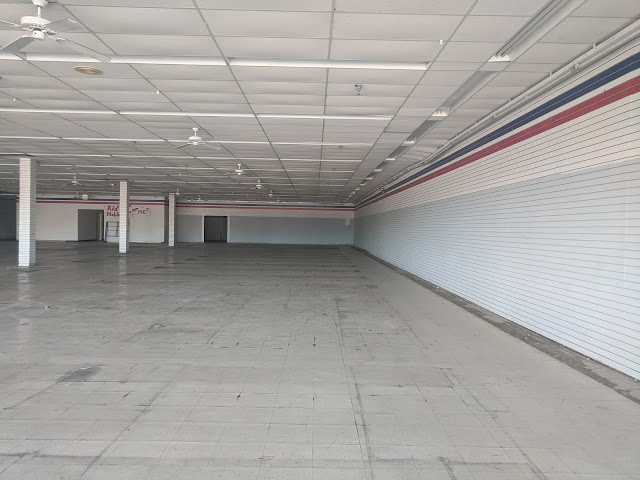 Our final shot shows the right side of the store, much emptier than the rest.
With that, this has been Cape Kennedy Retail, until next time.