While in Lakeland in early March 2019,  I stopped by a few of the old Publix markets in town. 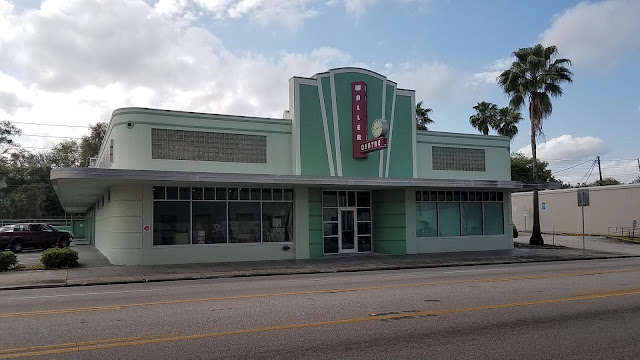 The first new Publix Super Market to be built by Publix in Lakeland (and fifth new market overall), #5 replaced an All-American store (building no longer exists) at 904 S. Florida Avenue.  Although Publix #36 at Southgate Shopping Center opened a mile south of here in 1957, #5 soldiered on until November 1965, when it was replaced by the second #5 (now a Save-A-Lot) at Wabash Shopping Center, 3 miles northwest. 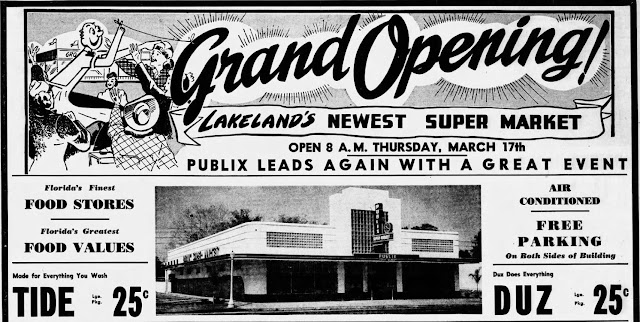 Along with the "Florida's Finest Food Stores" slogan, "More For Your Money All the Time" was Publix's tagline in the late 1940s and early 1950s. 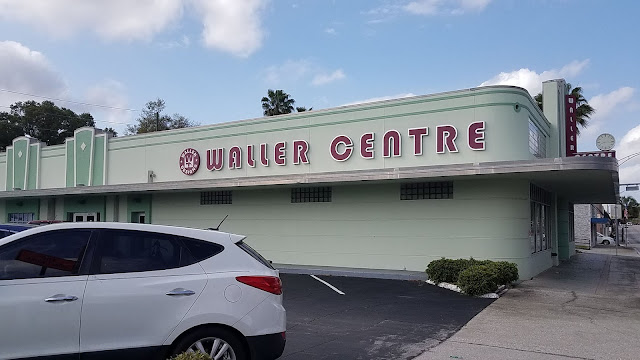 Today, old #5 is home to Waller Design and Construction (since the 2000s).  While the 70-year-old building has been modernized, some Publix remnants are recognizable. 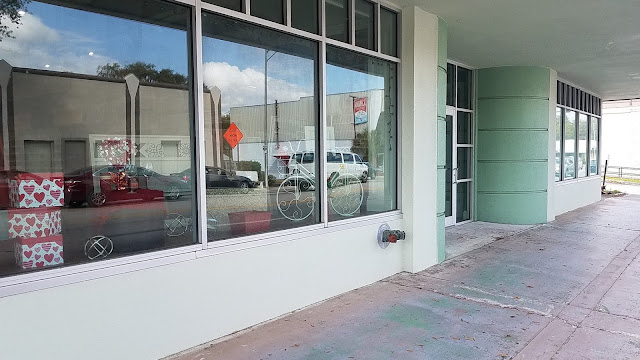 Could some Art Deco glass be lurking behind the curved walls at the entrance? 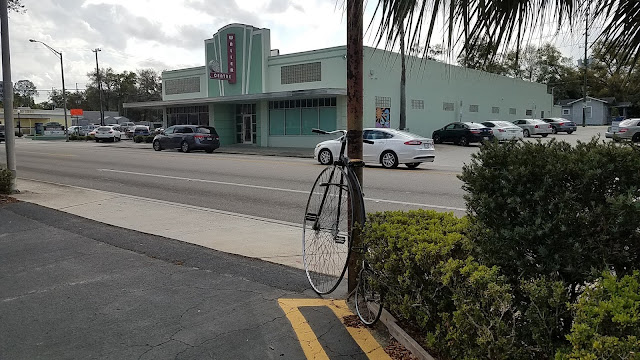 Looking across South Florida Avenue at the first #5. In the foreground is a replica Boneshaker bicycle, serial number #1122, that was likely built in the early 1970s.

The next stop in Lakeland brings us to the original Publix Super Market #15, now a Polk County Tax Collector office location.

Publix #15 was the third new Publix built in Lakeland, and the first Publix in Lakeland featuring a dedicated parking lot out front.  This YouTube clip from WTVT-TV, Fox 13, features both the first #5 and the first #15 as they were in the 1950s.

“When this store opened, it was described in the local media as the masterpiece market of the 1950s,” she says. “At that time, this was something really new. This store was the first Publix to be constructed with the store set back from the street and having all that parking in the front.”
Bush says Jenkins, while on a trip to St. Louis, had seen a shopping center that utilized that design.
“He was always looking for ways to make his stores better,” she says, “and he brought that idea back here. It was a big step back then to attribute so much space to parking.” 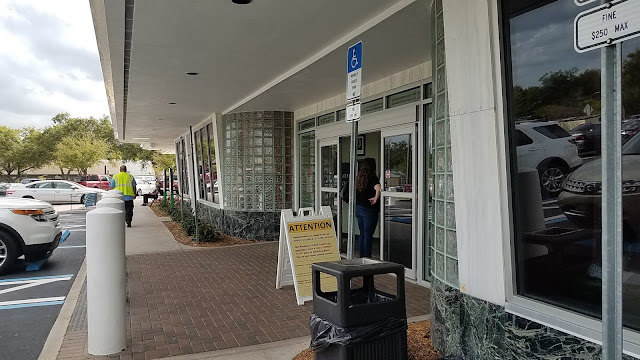 I believe this store, the largest Publix in Lakeland by far when it opened in 1953 and is now 24,000 square feet, replaced two former All-American units, one at 224 N. Massachusetts Avenue, and the other at 814 N. Florida Avenue (US 98). Both of those locations were demolished long ago.
In September 1964, this building began its second life as a multitude of car dealerships over the years, selling Rambler/AMC, Datsun/Nissan, MG, Kia, and Suzuki vehicles,  but the vast majority of this period saw Datsuns and Nissans being sold, from 1966 to 2001. The last known car dealership here was Michael Holley Kia, in the mid-2000s.  Polk County Tax Collector Joe Tedder purchased the building in 2012, renovated the building, and opened in November 2013.

The below pictures feature two tile mosaics that are reproductions of similar mosaics which were installed at Publix #70, Coral Ridge Shopping Center, Fort Lauderdale, FL.  These were unveiled at the Tax Collector's office in November 2018. 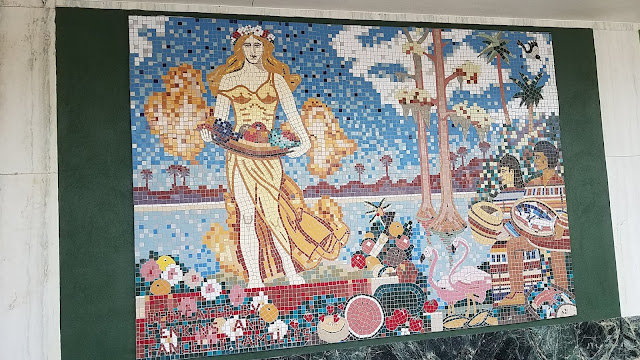 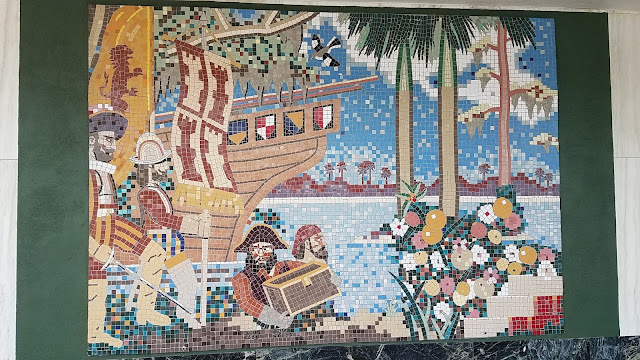 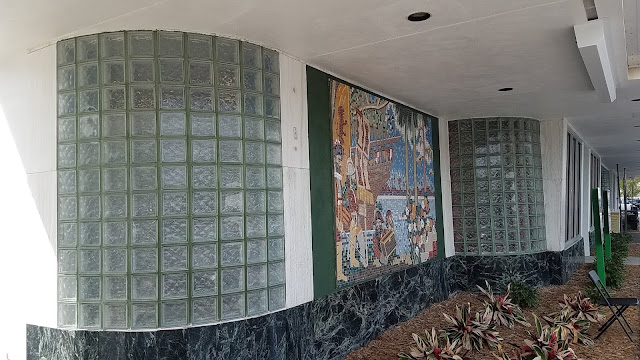 The third and last stop this trip was a visit to #15's replacement in the Sears Town Shopping Center (now called Town Center) around the corner on Memorial Blvd. 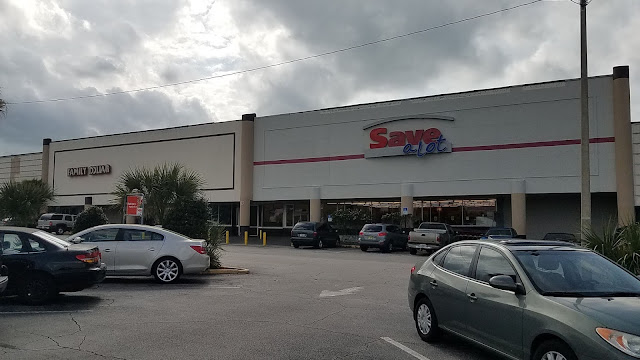 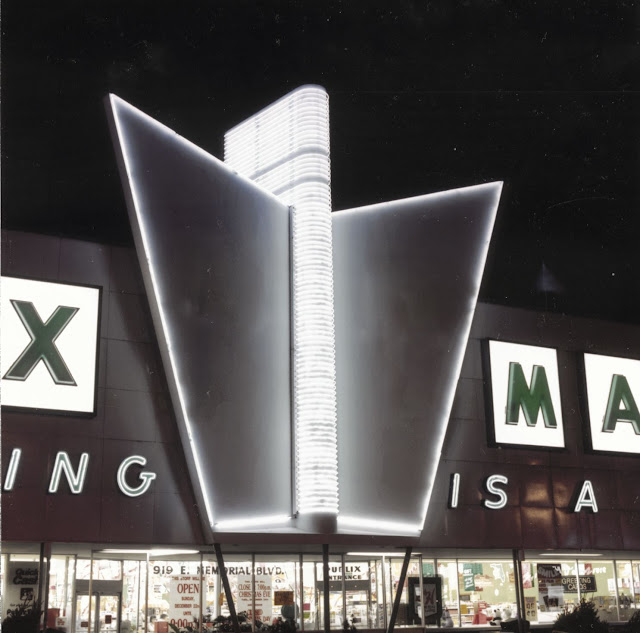 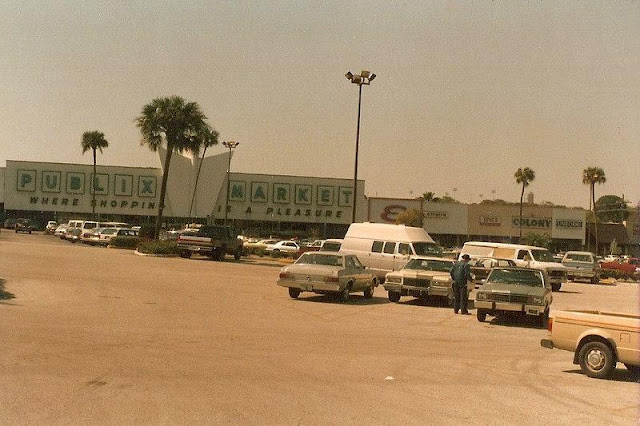 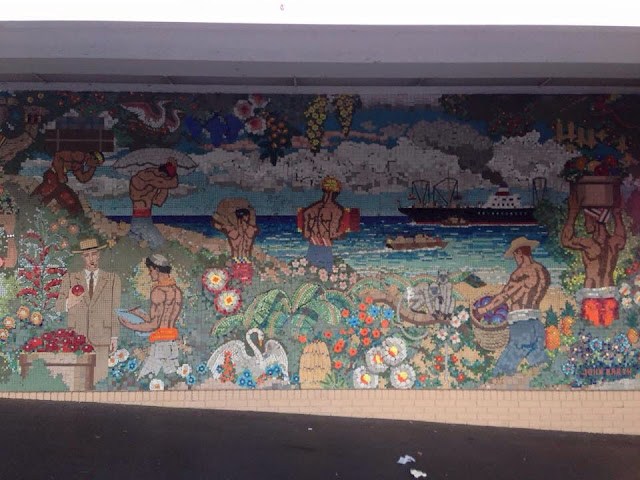 Tile mosaic by John Garth, flanking the left side of the old Publix (1964-2017).
(photo courtesy: Pinterest)

In 1964, California artist John Garth was invited back to Florida by George Jenkins to create and install more tile mosaics to beautify two new stores, #15 (the second) and #100 in Winter Haven.  The original mosaics flanking the former Town Center Publix are the only Garth pieces still standing.
Unfortunately in 2017, property management for Town Center saw fit to paint over the old mosaics. More on the mosaics here, here and here. 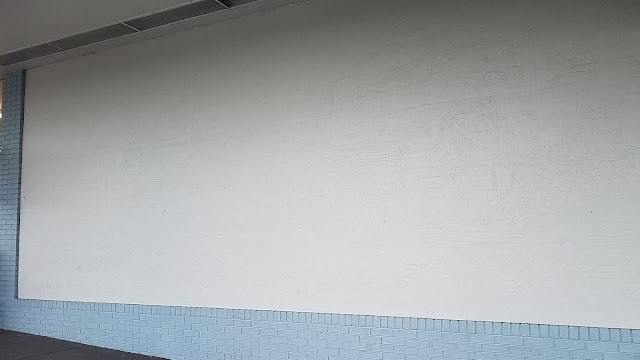 A view of the painted-over tile mosaic flanking the right side of the old Searstown Publix. 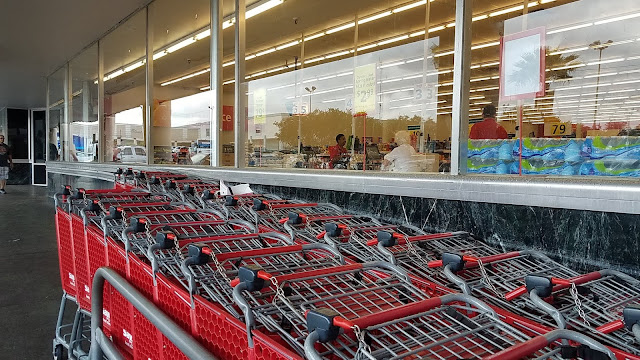 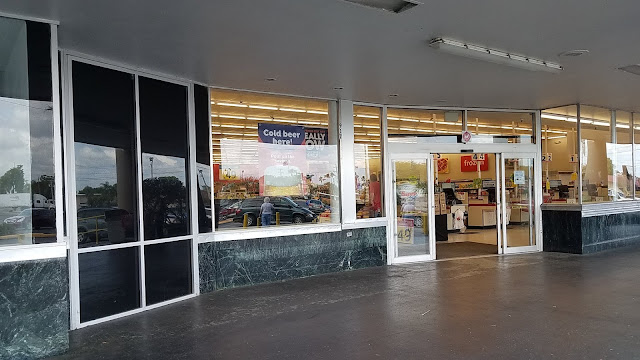 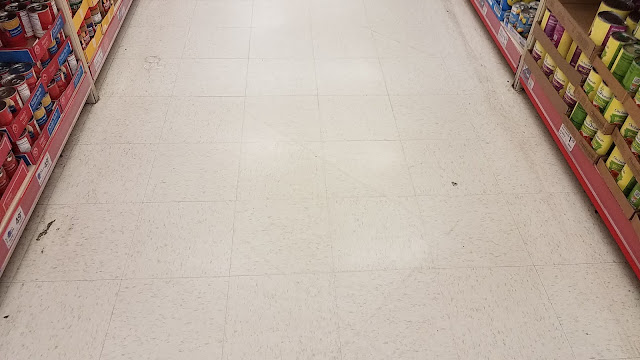 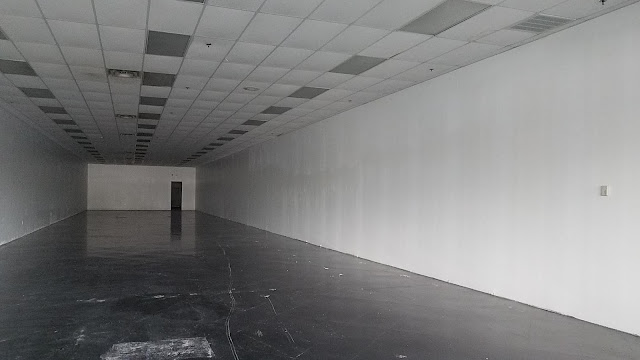 Looking inside the left half of the store, which was formerly a Citi Trends Fashion For Less. 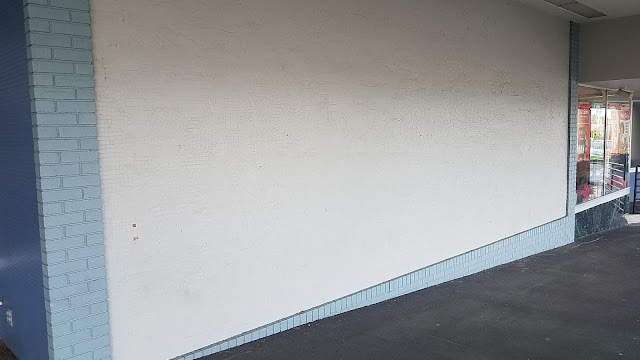 Lastly, here is the John Garth tile mosaic flanking the left hand side of the former Searstown Publix.

Thanks for stopping by. Until next time,
duckman66
Posted by duckman66 at 11:23 AM