Those marvelous newspaper archive photos of retail past

Since I don't want to fill up my flickr pages with all the interesting news clippings I've been able to dig up, why not share them here?

I will put a brief description of each photo underneath them: 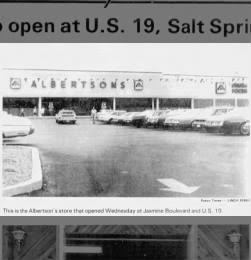 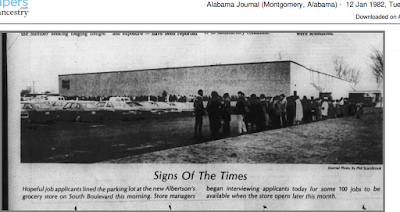 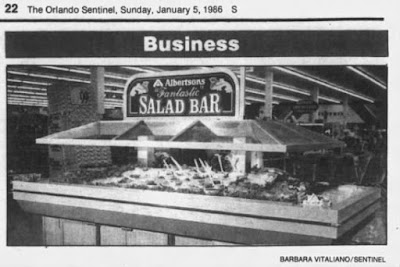 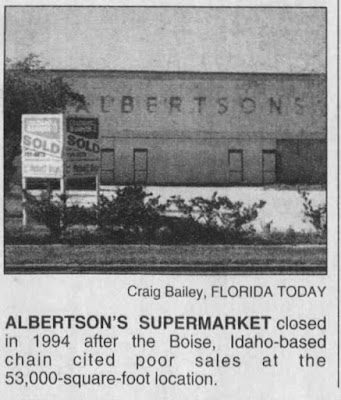 Bruno's was in Tallahassee? Well I guess that makes sense, since their Food World banner was in other Panhandle cities. 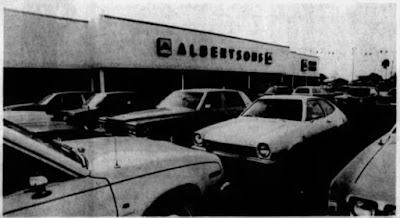 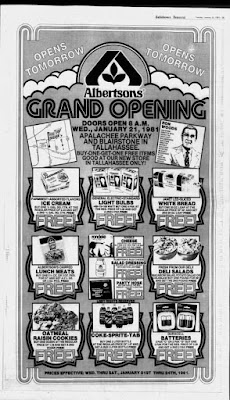 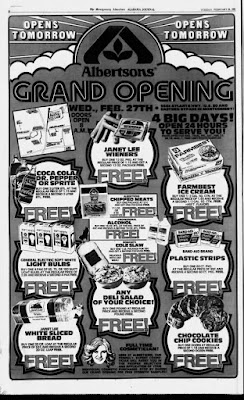 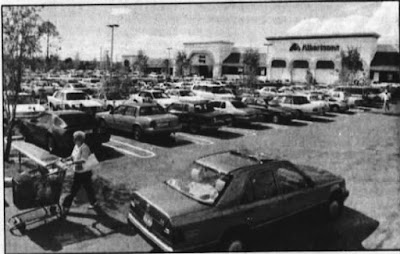 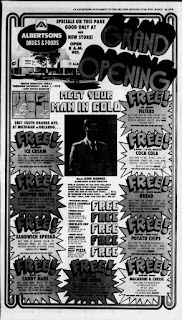 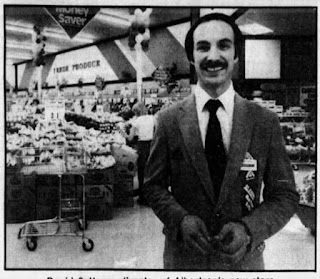 Ah! What is this? A decor Albertsons apparently started using right after "70's Stripes" and before my dubbed "Colorful Transition Market" and then "Blue and Gray Market" appears to have been introduced around 1990/1991 rather than the 80's. Your thoughts?
If I had to give a timeline for Albertsons decor packages based on what I've seen in news archive clips, I'd say "70's Stripes" was used from 1970-1980.

Lastly, on stores build between 2003 and 2005 "Albertsons Marketplace" or "Santa Re Market" was used.

Still, these observations of mine are probably not entirely accurate, but they seem close as to what I've noticed in old newspaper archives.

Hope you all enjoyed these!
If there is anything you'd be interested in me researching for you, let me know
Posted by YonWooRetail2 at 4:48 PM